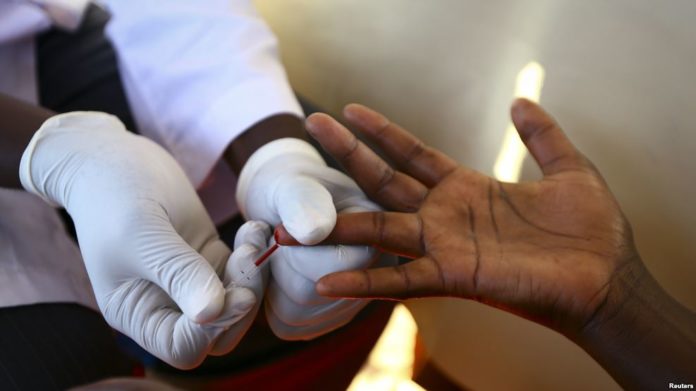 Over the last five years, the Government of Uganda with support from Development Partners  like UNAIDS, Irish AID and USAID has made impressive gains in averting the number of new HIV/AIDS infections and reduction of HIV/  AIDS related deaths.

Statistics obtained from projects spearheaded by outgoing UNAIDS Country Director, Musa Bungundu and the Irish AID HIV/AIDS focal person Mary Oduka show that the number of persons on Antiretroviral Treatment has increased from 329,000 in 2011 to 834,931 by the close of 2015.

During the just concluded High Level meeting on ending HIV and AIDS that was held in New York two weeks ago, Uganda was singled out as one of the Sub Saharan Africa that managed to achieve the highest percentage of reductions in new HIV infections.

Between 2011 and 2015, Uganda managed to achieve 86% reduction of all new HIV infections. This impressive gain in reduction has been made possible through a combined strategy spearheaded by the First Lady, Hon. Janet K. Museveni and other partners. The success of the eMTCT campaign is a clear example of some of the immediate approaches that we need to sustain in order to reach our key 2030 global targets of ending AIDS.

We need to continue re-engaging leadership for the response at all levels starting with everyone taking individual responsibility for their actions. “You the individual have the power to protect yourself, your spouse, your child and others”, Uganda AIDS Commission, 2016.  Leadership was core to the country’s successes in mid 1990s and is still equally vital today.

Once again, Uganda AIDS Commission would like to remind everyone to be part of ongoing efforts to avert new infections by taking individual responsibility through – knowing your status by taking an HIV/AIDS test today and avoiding risky behavior such as sexual intercourse with people whose HIV status you do not know.