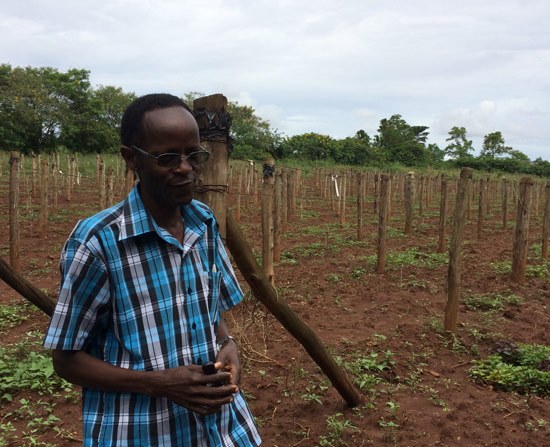 A Ugandan scientist who specialized in sweet potatoes is among the four experts who were named the winners of this year’s World Food Prize on Tuesday for their work to make foods more nutritious.

Robert Mwanga of Uganda, Maria Andrade of Cape Verde, and American Jan Low, who all are from the Lima, Peru-based International Potato Center, and American Howarth Bouis of the international research group HarvestPlus were honored in a ceremony at the U.S. State Department.

He defined biofortification as “the process of breeding critical vitamins and micronutrients into staple crops, thereby dramatically reducing hidden hunger and improving health for millions and millions of people.”

The honorees’ work has focused on the orange-fleshed sweet potato, an important source of vitamin A, especially in sub-Saharan Africa. Vitamin A deficiency, especially there and in Asia, is a cause of blindness and premature death, according to the International Potato Center, an agriculture research center based in Lima, Peru.

The prize is awarded annually by the World Food Prize Foundation for food and agriculture innovation. The scientists will share the $250,000 prize equally and it will be awarded at a ceremony during World Food Prize week in Des Moines, Iowa, in October, when the prize will celebrate its 30th anniversary.

Mwanga, 62, he has been involved in nearly all aspects of the orange-fleshed sweet potato since the mid-1980s, ranging from genetics and breeding to educating households about its nutritional value. While working at a research facility in Uganda between 1995 and 2003, his team developed 20 varieties of the sweet potato. One had a dry-fleshed consistency and was less sweet, enabling it to appeal to people accustomed to the flavor and consistency of the white or yellow varieties.

As researchers working to change conventional thinking often experience, many have found it can be a daunting challenge.

“In Uganda, the Kyebandula type of sweet potato appeals to many but generally, Ugandans like not-so-sweet, hardish sweet potatoes, which have a dry feel. Women prefer straight ones with no curves, which eases peeling while children like them very sweet and soft,” noted Dr Mwanga.

The sweet potato is widely grown in East Africa and it is the third most important food crop in terms of production.

It is a staple food in Uganda, and in light of the devastation caused to the banana by the wilt disease and to cassava by the mosaic, it is bound to be a major source of carbohydrates and income for small scale farmers.

Uganda ranks number one, in East Africa, in pork per capita consumption. Sweet potato vines, roots and peels are good pig feeds. It would be a bonus in reduction of the cost of feed.

Mwanga said sweet potatoes are some of the foods that can be fortified yet many women and children die needlessly due to Vitamin A yet if beta carotene is added they would be avoided. Low storage ability also remains a challenge.