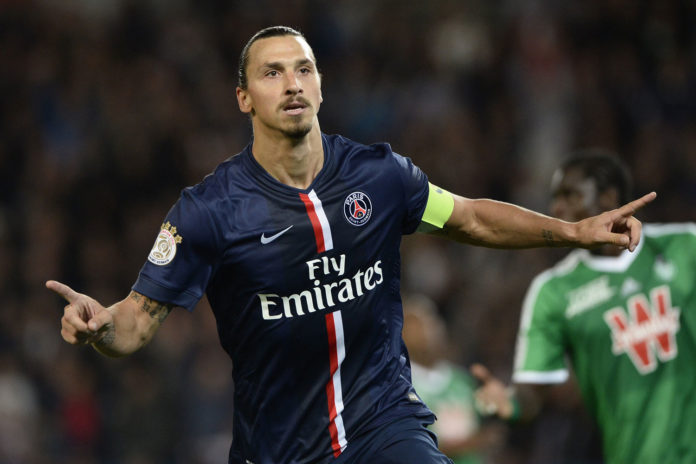 “Time to let the world know. My next destination is Manchester United,” he tweeted. 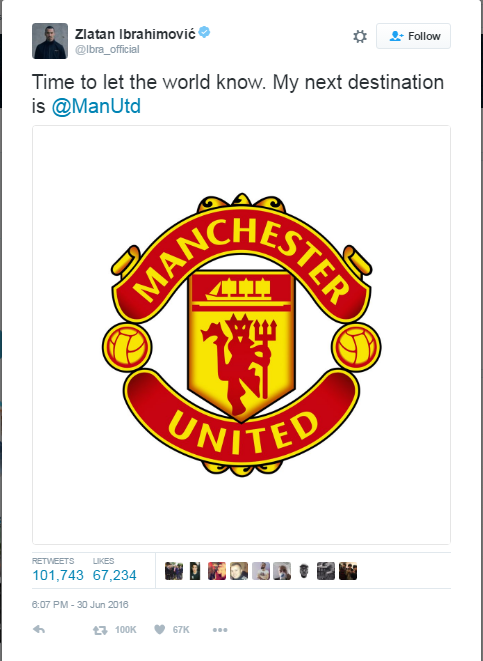 The Swedish striker will fly to England to complete the deal on Friday and has already agreed personal terms on a one-year contract and personal terms worth £220,000 a week. He will link up again with his former Inter Milan boss Jose Mourinho at Old Trafford. Mourinho and Ibrahimovic have worked together before, at Inter Milan in 2008/09 season.

Zlatan will now attempt to win a league title in a fifth major European league under Mourinho’s guidance. Manchester United, who will formally unveil Mourinho early next week, are also hopeful of securing the Borussia Dortmund play maker Henrikh Mkhitaryan, 27, after the German club admitted they had received “a much improved offer for the Armenian. Zlatan will become José Mourinho’s second signing for United, following the capture of Villarreal’s Ivory Coast defender Eric Bailly.