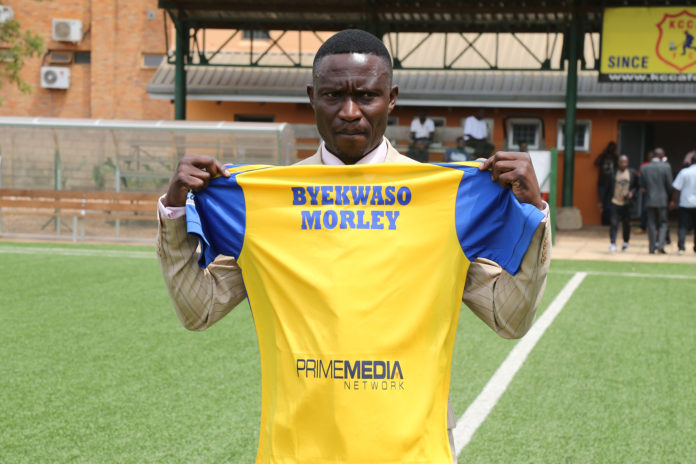 Morley Byekwaso, who guided now relegated SC Victoria University to its first and only Uganda Cup trophy in 2013, has been named as the new assistant coach of Kampala Capital City Authority (KCCA) FC.

The Uganda champions said in a statement on Tuesday that Byekwaso has signed a two-year deal, with the option for an extra year.

He is second in command at Lugogo and will supervise the other coaches like John Luyinda aka Ayala, Badru Kaddu who has been in acting role, Nelson ‘Nelly’ Magera, Richard Malinga and Daniel Kiwanuka working under him.

The CAF ‘B’ licensed coach comes with vast experience from various clubs he has managed like Ngege FC, Luzira United, SCVU, Simba FC and Proline FC. 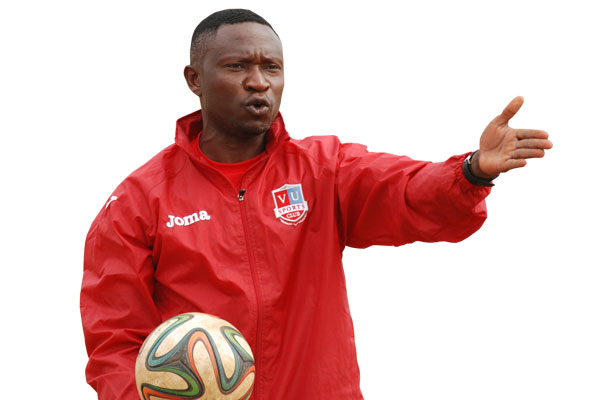 Byekwaso replaces Sam Simbwa who was handed an eight-month ban by Fufa and eventually sacked from KCCA, where he was assistant manager to Mike Mutebi.

Ssimbwa was banned for utterances he made last December when he claimed (in audio recorded on WhatsApp) that because he loved to win so much he paid referees to fix a match without the knowledge of the club.

“While I was coaching KCCA FC in 1997, I saw signs of a great manager in him. See, just 19 years later, he is turning out to be one of the best coaches in the land,” manager Mike Mutebi said of Morley Byekwaso, now his auxiliary, at the unveiling ceremony of Friday at Lugogo.

Mutebi says Byekwaso’s veins have KCCA blood running through and he will put the club first in whatever he does.

“He was a top notch player among the KCCA golden generation of 1997 that included Ibrahim Sekagya (now coach in New York), Abdullah Mubiru (former KCCA FC coach) and Willy Kyambadde. He is calm and result oriented!  I don’t need any lecturing on how to work with him,” an animated Mutebi says.

“For sure, KCCA is not only copying the Barcelona FC (Spanish club) playing model but also the recruitment plan. We bring back former players who played for the club to be part of the rebuilding process as we aim to take back KCCA to the top of Uganda football. When you get a former player like Byekwaso, they understand the culture and philosophy which keeps the club tradition moving on for generations. Lest I forget, Byekwaso loves to work with kids and I do and be sure we are going to unearth and develop more exciting players at Lugogo,” he said.