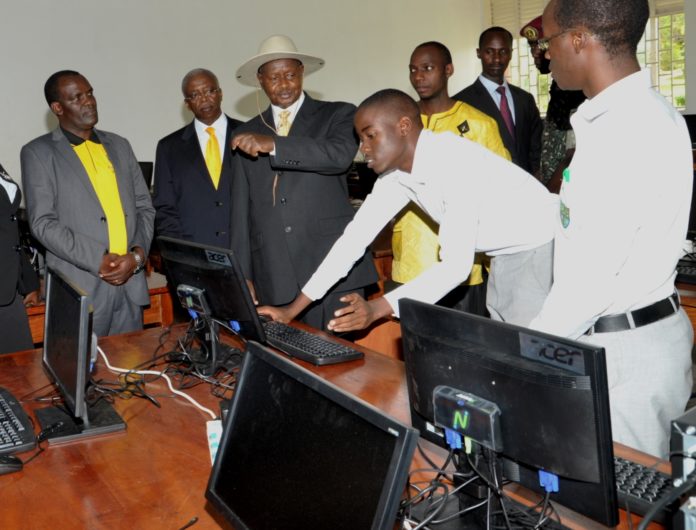 Mr Museveni, who was chairing the second session of the inaugural cabinet at State House Entebbe on Thursday, tasked the ICT ministry set up departments to do intelligent monitoring both by modern IT systems and knowledgeable Electronic engineers whose skill and capacity he directs the ministry of ICT to build.

Uganda in 2009 banned the importation of used computers, freezers and refrigerators to protect the environment but the Government has since failed to uphold the ban and stop the country from being used as a dumping ground.

Old computers contain hazardous materials like lead, mercury and cadmium that have toxic effects on the environment if they end up in landfills.

Seven years later, government has even failed to create an e-waste facility similar to the one in Kenya, besides failing to implement the banning used computers altogether.

President Museveni also called for responsible and disciplined media reporting that is not injurious to the image of Uganda.

Mr Museveni tasked government agencies to always communicate timely and factually about government work and thus the reason he merged the communication agencies into one ministry for easy coordination.

Museveni proud to be computer illiterate

During the opening of the 2013 NRM retreat at Kyankwanzi, Museveni told ruling party lawmakers that he is computer illiterate.

“I am computer illiterate and I am comfortable the way I am. I refused to learn the computer,” said Museveni.

However, he also warned leaders to stop watching television during working hours. Well, we don’t expect the president to be a geek or IT-savvy but a few IT skills would help him accomplish a number of tasks.