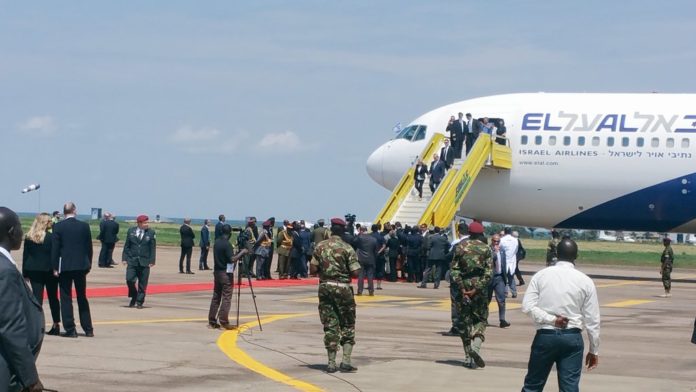 He is in Uganda for a half day visit to commemorate the 40th anniversary of his government’s raid on Entebbe International airport on the same date in 1976.

Besides President Museveni, present to receive him are several government dignitaries, members of the diplomatic corp, religious leaders like Paul Crouch of Trinity Broadcasting Network and Pastor Robert Kayanja of Miracle Centre and the Jewish community in Uganda.

After the commemoration, Mr Netanyahu will join host President Yoweri Museveni and leaders of Kenya, Rwanda, Ethiopia, South Sudan, Zambia and Malawi in a regional anti-terrorism summit before flying to Kenya. He is also expected to visit Rwanda and Ethiopia.