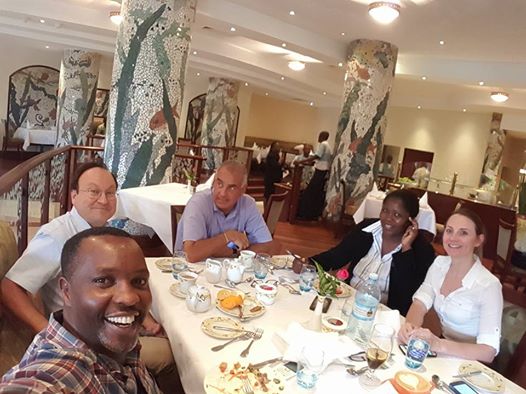 Recently, the Uganda Tourism Board hired three foreign Public Relation firms that will be assisting it to run campaigns in their respective countries, the firms; KPRN that will handle the German market in Europe, PHG Consulting in North America and Kamageo for the United Kingdom are well versed with tourism based public relations.

The deal was signed in May of this year 2016 and in June some of the companies have already started running campaigns on mainstream media such as the NatGeo Wild sponsorship credit that runs every after a program showcasing some of the wildlife and travel destination that Uganda has to offer.

Kamageo as tourism focused public relations firm is also working with Rwanda and Swaziland. So far the Uganda Tourism Board has many expectations for the outcomes of all the campaigns.

Does advertising in foreign countries that carry the biggest number of visitors to the country help improve performance in the sector? Will it lead to appreciation of what the Uganda has to offer in form of fauna and flora plus the several mountains therefore cajoling visitors or it there will not be any return to investment?

Vincent Mugaba the Public Relations Personnel at the Uganda Tourism Board starts, “We are working on international campaigns that can help us easily access a core market that will insure proper information of what Uganda is, but we have a domestic work plan that will be effective of this new financial year. We are going to focus all of them including initiatives that will mass inform the general public in every region in Uganda. This specifically helps to base every region according to what it offers.”

The idea of people who do not understand what Uganda is, was not as welcome to most Ugandans with the concept of: “Only a Ugandan can market what the country to others out of its borders because that’s the person who knows it better than any expat…” Yet, the PR firms do understand the markets they are advertising to, the way a Ugandan would understand Uganda and this helps bridge information gap that has been missing in the sector to them.

Not only do we need to push our tourism to other countries, away from what they see in the media frenzy that they see, but we need to improve the chinks that have been weighing down the sector too.

Issues such as poorly planned infrastructure, bureaucracy, lack of professionalism among some of the operators in the business plus the need to improve on some of the standards of the hotels/lodges. Educate new skilled personnels that understand what the country is and can easily communicate about it. Most of the lodges in the park are a little pricy for ordinary Ugandans especially when they want to stay over in the parks when they go for game drives.

This is one of the things that makes domestic tourism in the country lag behind because more of the Ugandans have the perception that such activities are tailor made for foreigners due to the pricing.