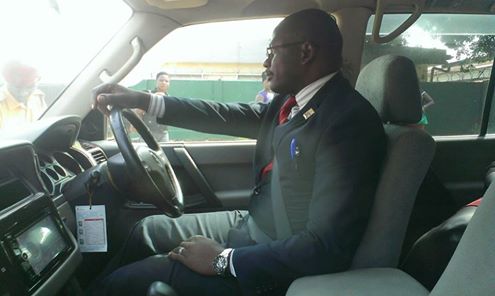 In a twist of events, Nakawa Court Chief Magistrate James Ereemye has said he was not widely reported in Luzira to see jailed Forum for Democratic Change former presidential candidate Kizza Besigye but on a routine District Chain-Linked Committees (DCC) visit of prisons.

“I only told him I will be on a routine visit of the prison and will check some of the issues he raises,” Ereemye told reporters outside who had been blocked from accessing the Luzira facility.

He said he was scheduled to meet with prison officials to assess the detention and remand standards of suspects and accused persons, like four time challenger of president Yoweri Museveni.

Dr Besigye who had continuously complained about his health and other conditions in the prison.

Eremye on June 29 offered to visit and see how his rights are being violated in prison.

Besigye who is being held over treason charges will appear before High Court in Nakawa on Monday July 11 for his bail application.