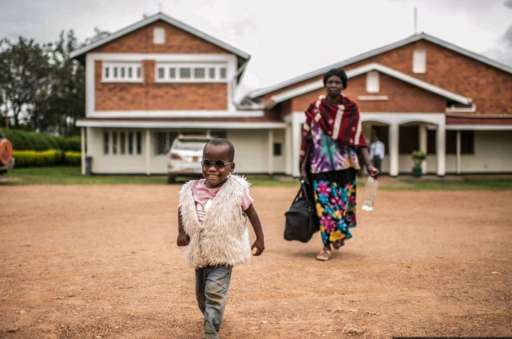 For the first six years of his life Criscent Bwambale was one of 18 million people in countries like Uganda currently estimated to be living with preventable blindness. He was born with cataracts, able to make out only vague areas of light and dark.

In Kasese, where Criscent lives with his grandmother in a mud-built house surrounded by cocoa plantations, that means almost total exclusion from normal life. He couldn’t go to school or play with other children his age, and had to rely on his family for even the most basic tasks. 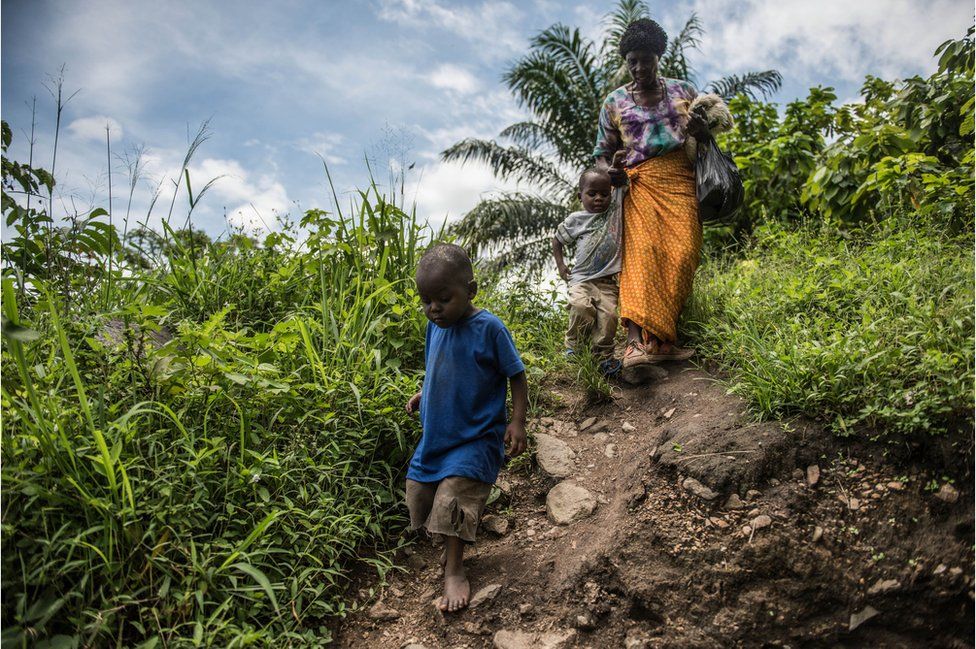 In January, the family responded to a call from a Ugandan medical team at the Ruharo Eye Hospital supported by international charity Sightsavers, to submit their children for eye tests, which resulted in Criscent undergoing double cataract surgery. 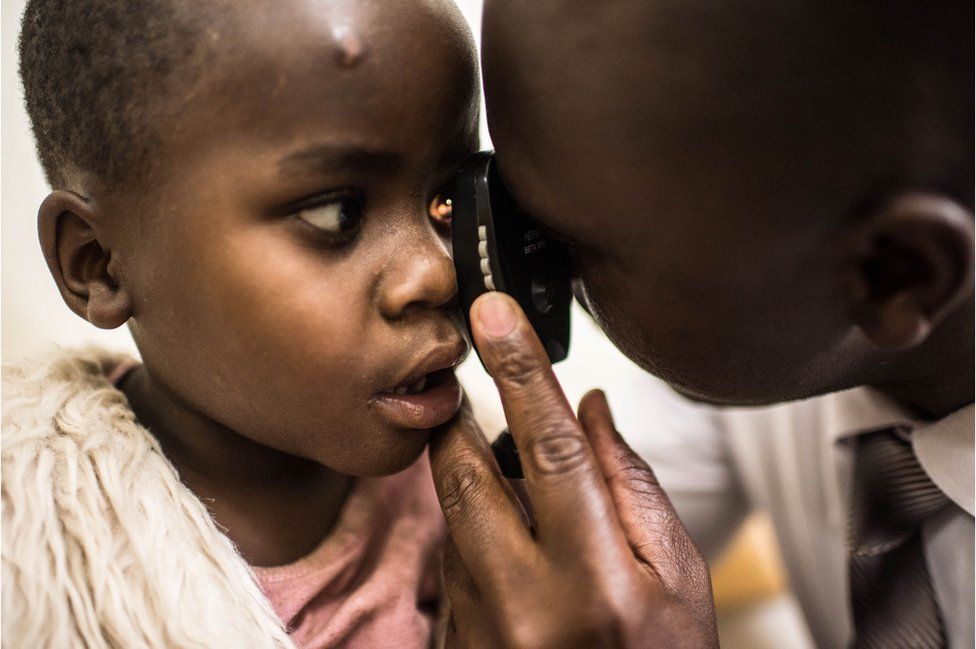 Two months later, vision therapist Nelson Chwa examines Criscent’s eyes before fitting him with spectacles, allowing him to see the world clearly for the first time. 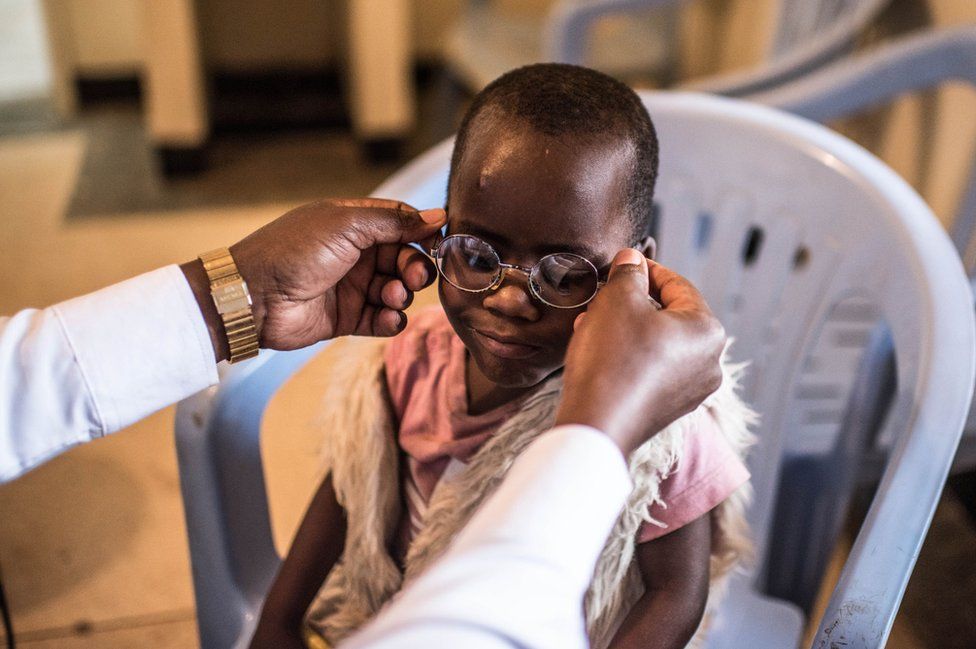 A doctor puts new glasses on Criscent for the first time. 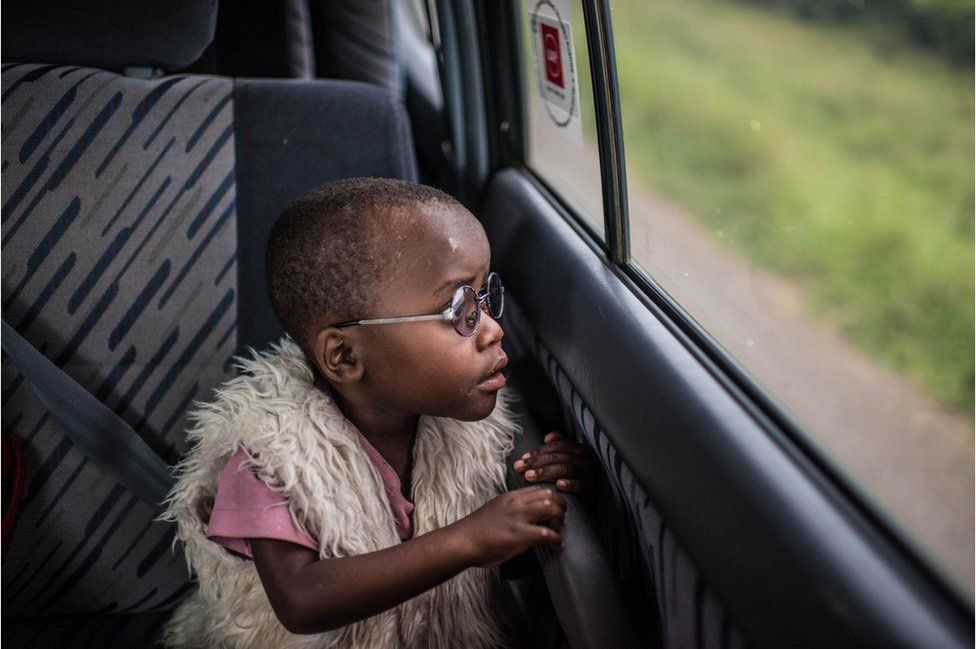 On the journey back to his home village of Bundibugyo, Criscent looks out of the car window with amazement. 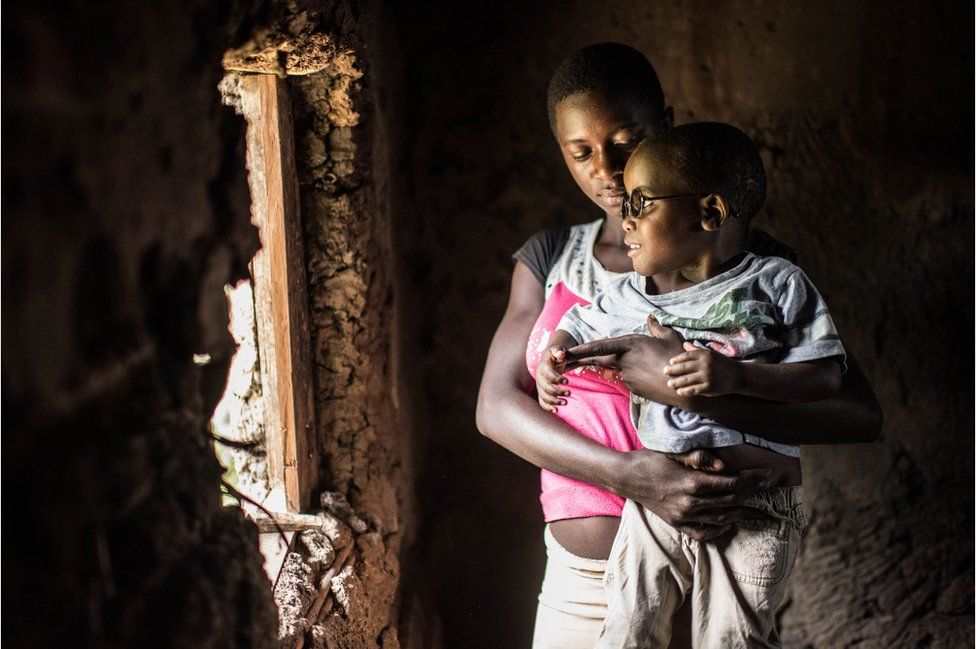 Back home, Criscent’s cousin lifts him up to show him the view out of the window. His family now have the task of teaching him what basic everyday objects are. “His siblings are all happy and excited. They are all elated that their brother can now see,” said his grandmother. 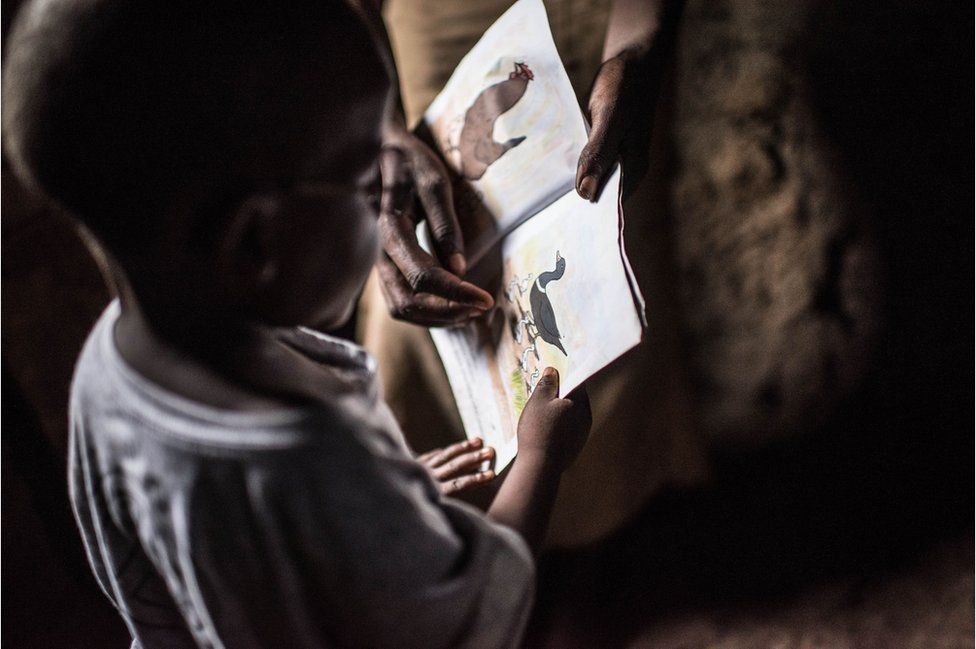 “He needs to learn to recognise things and their names. For example, he has never seen a boat or a chicken, so he does not know what these are called,” said Magyezi. 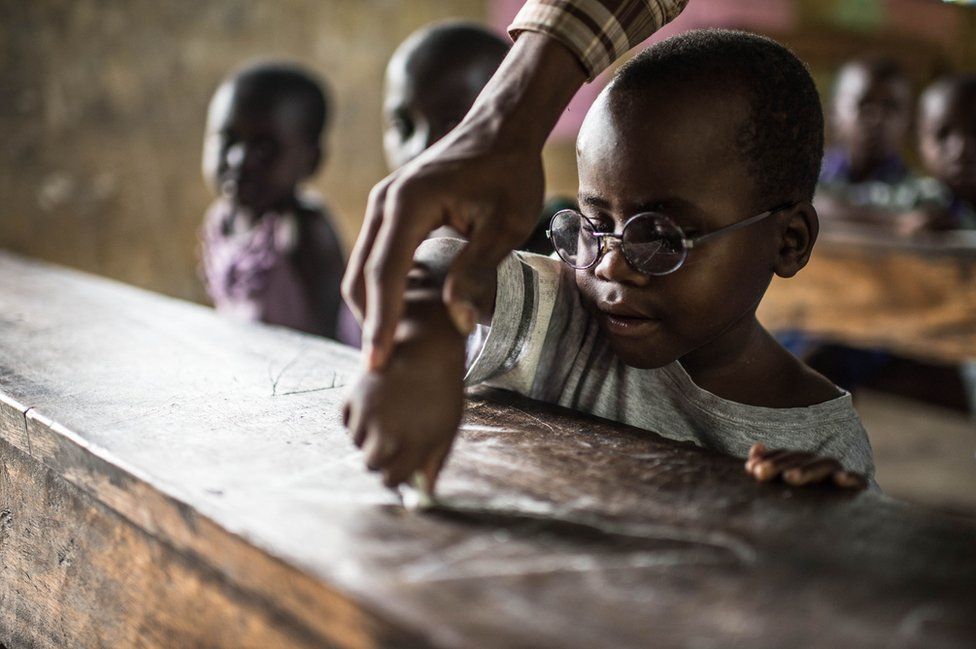 Criscent sits in class on his first ever day in school. He has never seen letters before, and must learn the alphabet from scratch. “He has lost many years of learning and his brain now needs to catch up with what he sees,” said Magyezi. 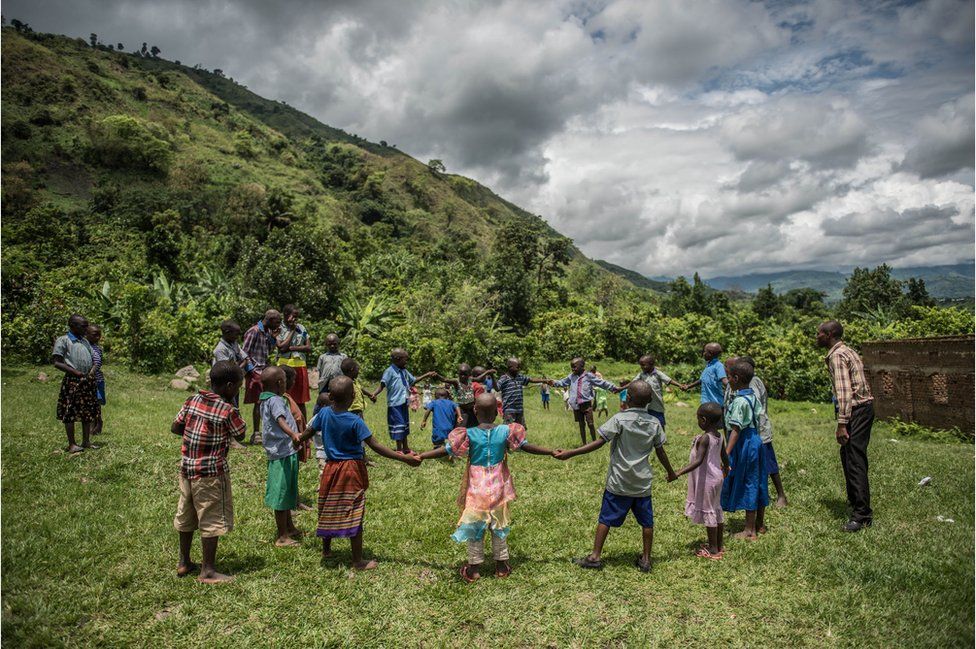 Criscent joins in a game with other students in his class at a local primary school. “I’ve never played like that before,” said Criscent, whose blindness used to prevent him from taking part in games with other children. 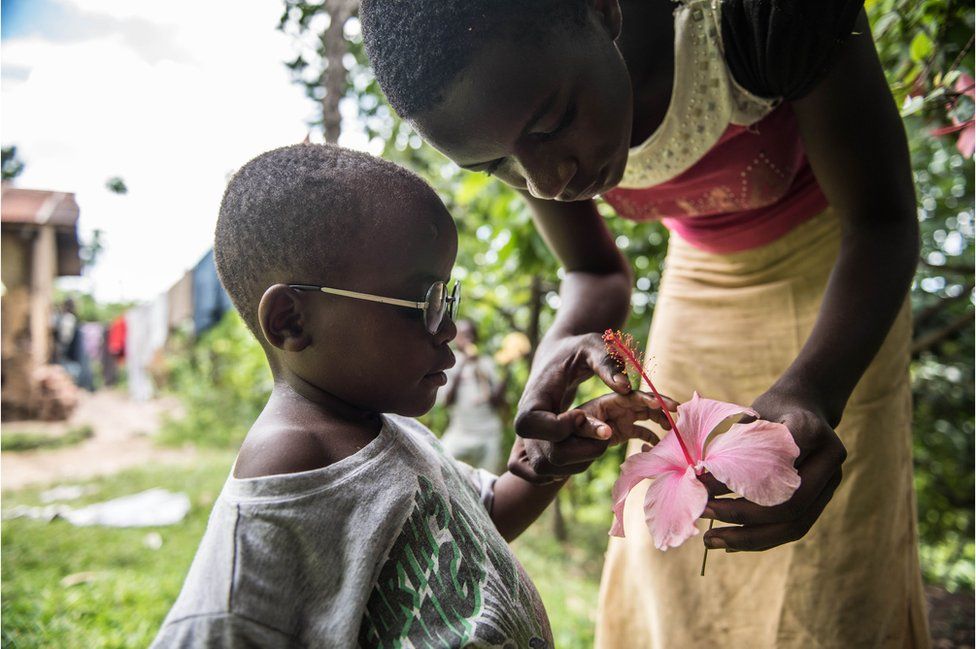 Criscent’s cousin explains to him what a flower is outside the family’s home in Bundibugyo. “Having vision is a process,” says Magyezi. “Once Criscent gets his glasses he will learn to use his eyes through what he sees through them. This will now be how he interprets the world.”

All photographs by Tommy Trenchard / Sightsavers.