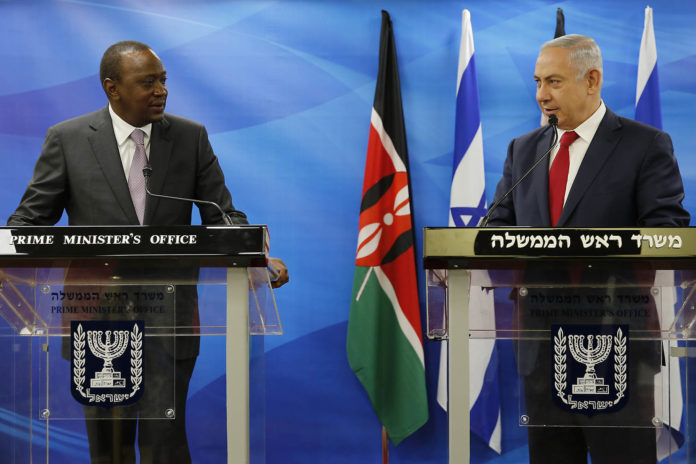 Israeli Prime Minister Benjamin Netanyahu denied a Kuwait newspaper report that his convoy was redirected on its journey from Nairobi’s airport to a city hotel after Kenyan authorities said bombs had been detected along the planned route.

During a press conference Thursday at the presidential palace in Addis Ababa, Ethiopia, Netanyahu was asked about the report in Kuwait’s Al-Jarida newspaper. “We know nothing about it because there’s nothing in it,” he said.

The prime minister is on a five-day trip to promote Israeli business investment in east Africa. He started Monday in Uganda and flew to Kenya that night, speeding through the streets of Nairobi in a 25-vehicle convoy, with local traffic blocked and helicopters flying overhead. Netanyahu visited Rwanda on Wednesday and returns to Israel on Friday.

Al-Jarida said Kenyan authorities told Netanyahu’s security team to change the route after he landed and later arrested two suspects, without saying where it got the information.