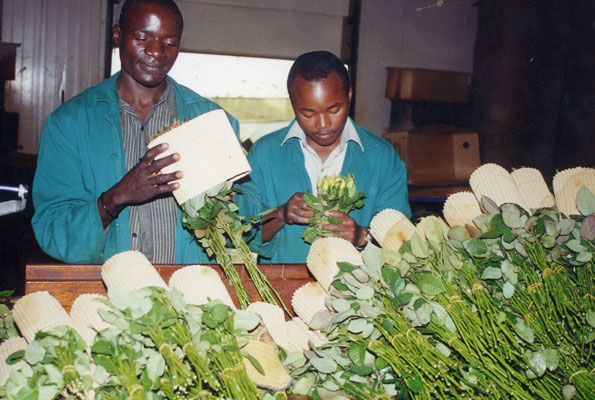 The Ugandan government is yet to respond to reports that Russia’s state Federal Service for Veterinary and Phytosanitary Surveillance, Rosselkhoznadzor has banned import of fruit, vegetables and flowers from Uganda starting July 7.

Russian veterinary and phytosanitary watchdog Yulia Melano said on Wednesday the ban emanates from concerns that prohibited products may be supplied.

“Nearly all fruits and vegetables popular in Russia and flowers are the case in point. Restrictions are introduced to prevent deliveries of products under sanctions to Russia, Melano said.

According to reports, sloppy communication from Uganda Export Promotion Board (UEPB), a government agency tasked with promoting and marketing the country’s exports led to the ban. UEPB is supervised by the Minsitry of Trade.

Rosselkhoznadzor sent an inquiry to Uganda earlier requesting information about volumes of produce supplied to Russia, the spokesperson said.

“We have not received the response and are therefore forced to undertake restrictive measures,” she added.

Rosselkhoznadzo is the federal organ of executive power, carrying out functions on control and supervision in the field of veterinary science.

Last year, flower exporters are among those that are hard hit by the ban on Uganda’s exports from Belgium, one of Uganda’s major European Union market destinations.

According to information in the notification from Brussels, Ugandan exporters had failed to comply with the phytosanitary (health of plants) certification requirements.

These threats first cropped up in 2014 when some countries such as Belgium— one of Uganda’s major EU market destinations— issued a notification following increased number of interceptions of Ugandan horticultural exports.

Efforts to reach the executive director of the board, Mr Elly Twineyo Kamugisha or Ms Noreen Kamoti, the senior trade information executive for a comment were still futile by press time.

Meanwhile, Uganda Revenue Authority (URA) has taken over the issuing of Certificates of Origin to Ugandan exporters in order to do away with the bureaucracy that was delaying exportation of goods. The role was initially being played by the Exports Promotion Board.

“A directive issued by the Ministry of Finance decided that the role of issuance of these certificates moves to URA in order to facilitate exporters. There have been delays under the previous arrangement and this affects doing business,” URA commissioner customs Dicksons Kateshumbwa told exporters recently in Kampala.