The 13th edition of the Tusker Malt Lager sponsored Blankets and Wine Kampala social event was all that had been promised to be. The blend of Davis Ntare, Jackie Akello, Mo Roots, and the main act Mi Casa were a perfect set up of afro-pop with a Jazzy feel blended in by Kirya Kuti showed why Blankets and Wine is still the social event of the year. 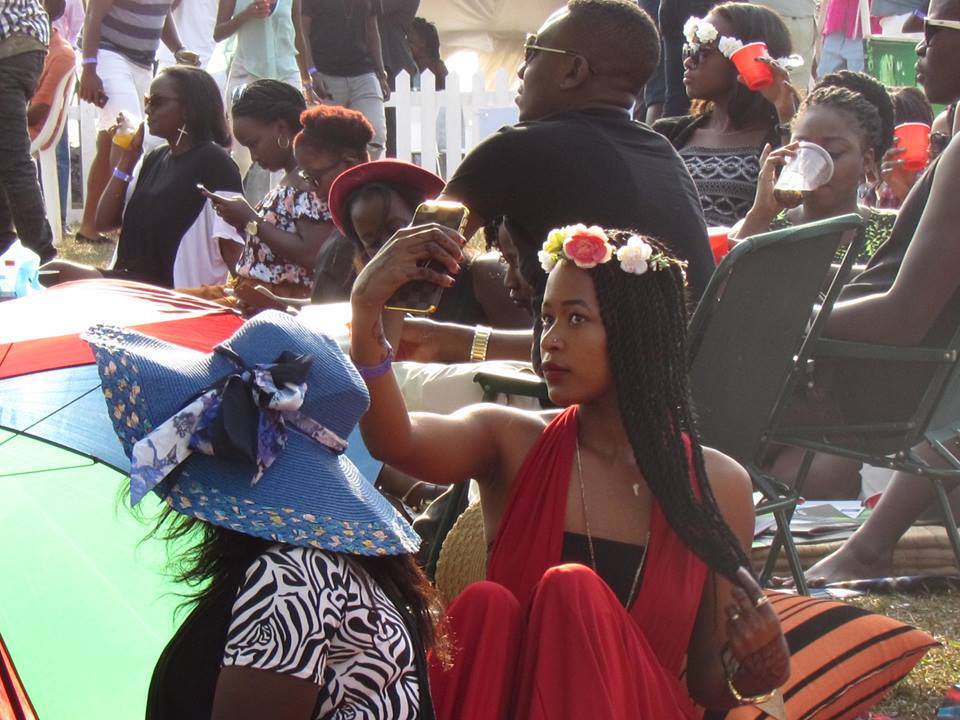 With a remarkable turn up at the Uganda Museum grounds, the proverbial home of Blankets and Wine Kampala, revelers were at the grounds as early as midday.

The show kicked off at 2pm with House of DJs entertaining revelers with various DJs taking to the turntables.

Davis Ntare opened up the day’s performances as he took to the stage with his the multi-fusion Zouk combined with and art of Jazz, afro fusion and an element of Reggae. It is his songs like Sheka Sheka, No vacancy, Rise, Wanna Make love and Sisinkana that made the revelers sing along and dance to the music.

Jackie Akello’s African contemporary and urban music brought a change of mood as she sang in various popular languages like Acholi, Luganda, Swahili and English.

Top saxophonist, Mo-Roots added more fervor to an already energetic mood as she performed many of her songs to the revelers. Elegantly clad in a fashionable afro style dress, she put up a performance that left the revelers asking for more of her saxophone beats.

When Mi Casa later on took the stage, the party was only getting started. J’Something – the vocalist and guitarist was clearly astonished by the atmosphere of the crowd that had been waiting anxiously for the South African band. When they played the ‘Jika’ song, the revelers went into a sing-along that was only similar to an anthem.

“Our journey has been an exciting one and we are proud to have watched the property grow in leaps and bounds to become the most anticipated event in Uganda’s social calendar. We aim basically to enhance the Blankets and Wine experience whilst giving our consumers the chance to enjoy the best afro music,” said Alex Tusingwire, the Tusker Malt Lager Brand Manager.

“In the past 12 editions, several artistes like Oliver Mtukudzi, Freshly Ground, Liquideep, Just a Band, among others have performed in Kampala. Now we can add Mi Casa to the list.” he added.