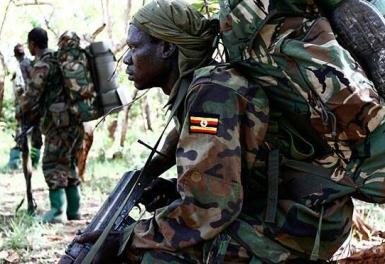 Uganda’s military has been deployed to prevent the conflict in neighbouring South Sudan from spreading to its territory.

Army spokesman Lt.Col. Paddy Ankunda is addressing journalists about the fighting in Juba at the Uganda Media Centre in Kampala and said UPDF was already at the border to ‘prevent a spillover’.

“If the UPDF is to deploy in South Sudan there are procedures to follow and let there be no speculation on UPDF deployment in South Sudan,” Ankunda has said.

“We are concerned about the escalating insecurity in South Sudan and Uganda is already experiencing an influx of refugees,” Ankunda added.

Ugandan state minister for foreign affairs Henry Okello Oryem and his colleagues from the Intergovernmental Authority on Development (IGAD) member states are currently in the Kenyan capital Nairobi, holding an emergency meeting on the fast deteriorating security situation.

The fighting has forced IGAD, the regional body that brokered the peace deal between the two warring forces to immediately start looking for a fresh solution which is most probably asking Uganda to deploy in Juba once more.

“We hope the IGAD extraordinary session on South Sudan will take position on what to be done,” Ankunda said.

The IGAD decision aside, the United States representative at the UN Security Council said they have called for regional countries led by Uganda to begin preparing troops for possible deployment into South Sudan.

Ambassador Samantha Power said the Council expressed its readiness to enhance the UN Mission in South Sudan’s role in responding to the crisis.

The recent violence in the world’s youngest country represents yet another blow to a shaky peace deal that has so far failed to end the civil war that broke out in December 2013 when President Salva Kiir accused his rival Riek Machar of plotting a coup.

Relations between the two men have been fractious since South Sudan won independence from Sudan in 2011, and rival troops loyal to both Kiir and his first Vice-President Machar began shooting at each other on the streets of Juba last week.

Their forces have fought a civil war. But despite a peace deal last year ending the conflict, both sides retain their military capabilities and have continued to accuse each other of bad faith.