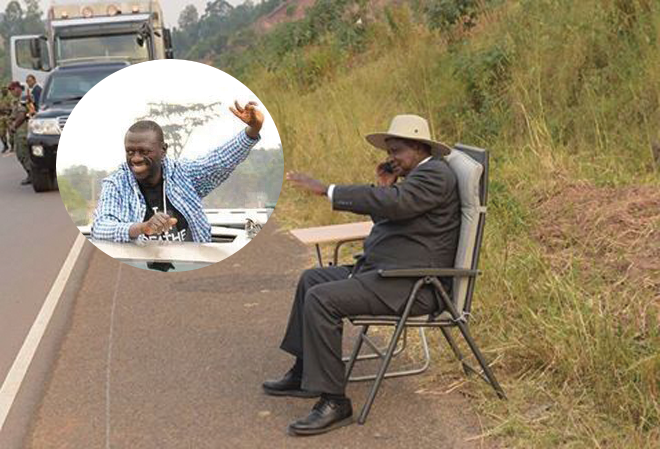 President Museveni’s Press Secretary Linda Nabusayi called it a simple 30-minute call, but was it also a great PR stunt …perhaps even one of the best ever!

Typically, Ms Nabusayi shared an unusual picture of her boss sitting on a comfy by the roadside, making a suspected call to embattled South Sudan leader Salva Kiir.

“On the way from Isingiro District yesterday… President Museveni stopped at Kyeirumba Village to make a phone call,” she captioned the picture.

“Curious residents gathered to look at the president, who after 30 minutes on phone, briefly interacted with them. They thanked the government for tarmacking the road linking Uganda to Tanzania through Isingiro.”

The pictures have generated widespread buzz that has even spilled over into Kenya’s cyber space, the busiest online fraternity in the Sub Saharan region, where millions are forecast to participate in trolling Museveni, according to the their notoriety.

Still, social media influencers say this Tuesday sharing of the eye-catching pictures (taken on Monday) was designed to sway the public perception precisely at the point when Uganda’s opposition leader Kizza Besigye, who had just been granted bail, was expected to ‘rule the internet’ for the rest of the day.

Emmie Omongin, the founder and CEO of CampusBee, a university news portal, said that the way Museveni’s press team unleashed the pictures makes it a great publicity stunt.

“It’s all about owning the moment, and this is the moment that President Museveni needs to own,” Mr Omongin said, adding that: “it’s now overwhelmingly the biggest story on social media. Nabusayi should be given a salary increment for a job well done.”

“There’s no news in Dr. Besigye being given bail,” he added. “Over time it has become less exciting because he will be checked in and out again, just like the last time but you will not see many of such hilarious pictures of our President.”

“Even if you know what they’re doing, it doesn’t necessarily mean Besigye’s popularity on social media networks today hasn’t been stifled and disengaged,” Boses Musiime, a techie said. “The train jammed into Besigye supporters, and there’s nothing they can do about it.” 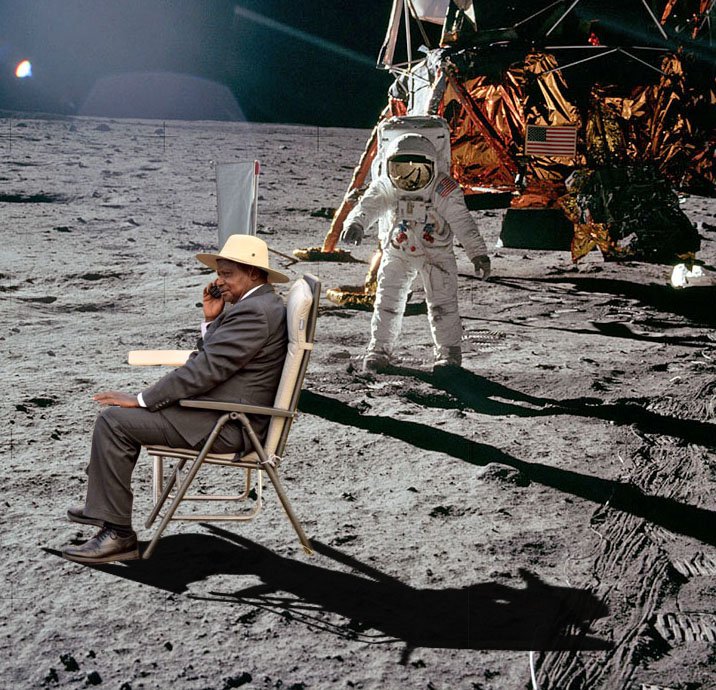 Kudos to Nabusayi and her immediate boss Don Wanyama, a former managing editor for Daily Monitor, who has previously served as the special media assistant to the chairman of the National Resistance Movement.

Analysts see this as an All-Star team assembled by the President and one that has greatly upgraded his media team which has often been looked at as weak especially in countering social media criticism. The opposition had generally exploited this loop hole to advance their programmes on various online platforms,” Mr Omongin noted. 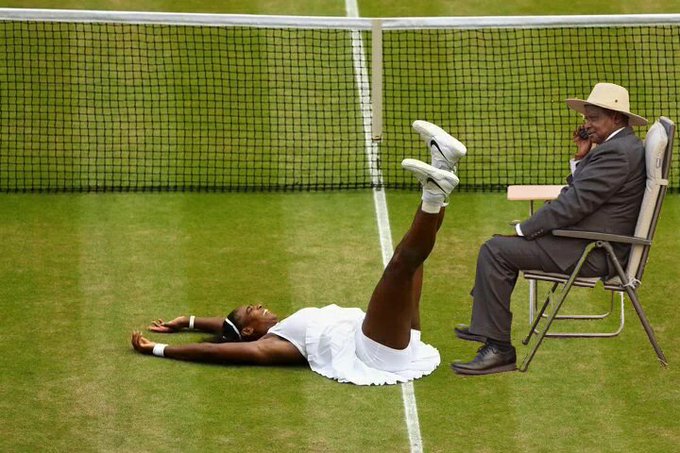