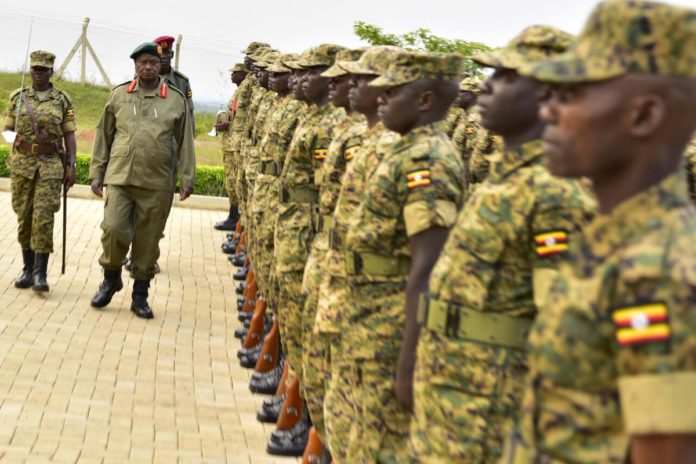 With the increased tension in South Sudan, President Museveni has ordered the evacuation of Ugandans living in Nisitu, East of River Nile near the South Sudan border immediately by road.

At least 15,000 Ugandans are said to be working in the war tone country.

In a message conveyed by Uganda Media Center Executive Director and Government Spokesperson Ofwono Opondo via Twitter, the president issued a directive to have all Ugandans living near the war torn area evacuated immediately.

Uganda Peoples Defence Force spokesman Lt. Col. Paddy Ankunda confirmed in a series of tweets that the UPDF on orders of the Commander in Chief Gen. Museveni was to conduct safe evacuation for Ugandans trapped in south Sudan.

Few Ugandan troops are set to enter Juba and other major towns to secure movement of evacuated civilians.

At least five Ugandans were yesterday evening killed in an ambush at Aruu junction inside South Sudan at around 4pm on Monday evening. This raised death toll of Ugandan businessmen who have so far perished in the ongoing fighting to seven.

The clashes that erupted last week, with earlier skirmishes in Wau city have at least left about 270 people dead, mostly fighters.

Uganda’s military has for days been deployed to prevent the conflict in neighbouring nation from spreading to its territory.

Many Ugandans are reportedly going back to , especially to the capital Juba, despite the heavy fighting in some parts.

Uganda has stopped it’s nationals from traveling there until the tense situation in the country is resolved.

Fred Enanga, the police spokesperson has revealed that by Monday, more than 300 Ugandans had been repatriated using five buses with carrying capacity of 65 passengers each from Juba.

“I inform all troops who have been fighting and have been defending themselves that they should observe the ceasefire and stay in position,” Mr Machar said on Eye Radio Juba.