Following on from the call by President Museveni to evacuate Ugandan citizens from South Sudan, the country has now opened a special phone line.

The Ministry of Foreign Affairs has released a hotline the many Ugandan traders and business people living in South Sudan.

State Minister for Foreign Affairs Henry Okello Oryem says the hotline +211 9283 020 44 will help citizens in different parts of the country to seek consular services and support. The number is available for call, text of WhatsApp. 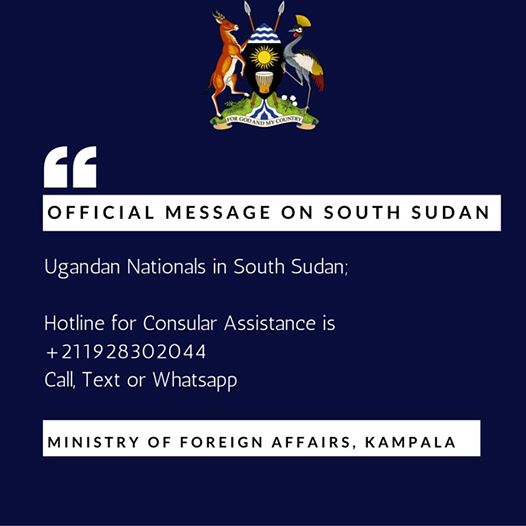 The hotline came moments after government ordered the evacuation, by road, of Ugandan citizens trapped in South Sudan from Nisitu, an area located east of the River Nile. The evacuation will be undertaken by the Uganda Peoples Defence Forces.