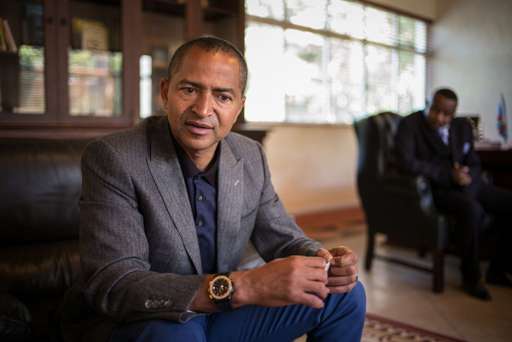 A leading opposition candidate in the Democratic Republic of Congo, Moise Katumbi, for president says he was poisoned as part of a government plot to kill him, the AP news agency reports.

Moise Katumbi told AP that police injected him with an unknown substance during a demonstration in May outside a courthouse in Lubumbashi.

Police fired tear gas outside the venue, and Mr Katumbi fell ill. He was medically evacuated to South Africa and has since sought treatment in London and Germany.