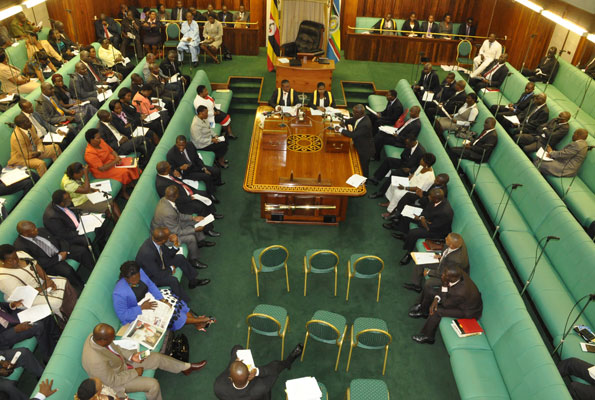 Where do you expect us to sit?

This is a question that will undoubtedly be asked by MPs of the National Resistance Movement in Parliament, at dinner parties and in Kyankwanzi for weeks and months to come as the space crisis in the chambers of Parliament continues.

For Deputy Speaker Jacob Oulanyah, this moment was captured on camera, and we feel his pain when fellow NRM party members called him a ‘traitor’.

The MPs have for weeks now scrambled for seats and Oulanyah on Wednesday emphatically rejected a request to relax the rules and allow NRM MPs sit on the opposition side.

At this point, you need to be informed that due to the huge numbers in the 10th Parliament (427 MPs, up from 375) legislators shall have to share offices with colleagues. As things stand now, at least three MPs shall share a single office with the exception of House leaders and committee chairpersons.

NRM has 294 MPs out of the 458 legislators in the 10th Parliament and the largest opposition party, the Forum for Democratic Change, has 36; the Democratic Party 14 and the Uganda People’s Congress six. The independents are 64 but 44 of them contested in NRM’s primary elections, inadvertently suggesting they ‘NRM-leaning’.

Meanwhile, some of the MPs said it will be embarrassing for them to squeeze into small offices that are not befitting of their status, and blamed Oulanyah, his boss Rebecca Kadaga and the government for not planning for the extra members immediately the ninth parliament approved the creation of more constituencies.

The parliamentary buildings was constructed ahead of Independence in 1962 and was planned to accommodate 80 legislators.

The NRM MPs’ comments could indicate the potential tone of their next caucus meeting.