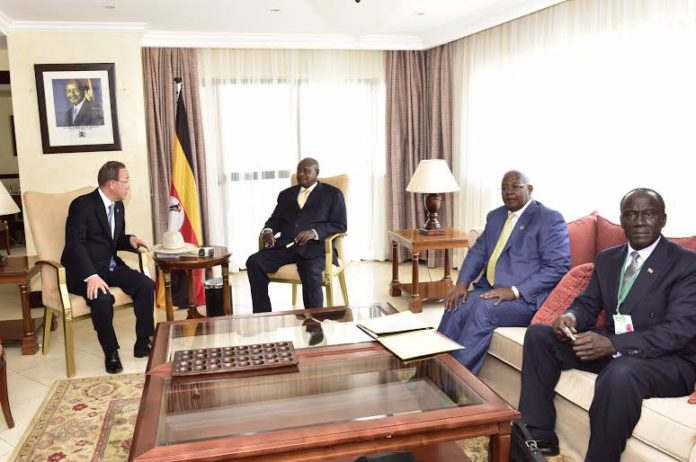 KIGALI-President Yoweri Museveni and United Nations Secretary General Ban Ki Moon are pushing for a strong message to the leaders of South Sudan involved in the conflict whom they said, despite receiving unconditional support regionally and internationally, have squandered the good will that was so generously given at the birth of the new nation.

President Museveni has proposed three issues that need to be immediately handled including a regional protection force (in the transition period) for Vice President Riek Machar who does not trust SPLA for his protection, no new fighting in Juba and working towards elections and democracy as soon as possible. 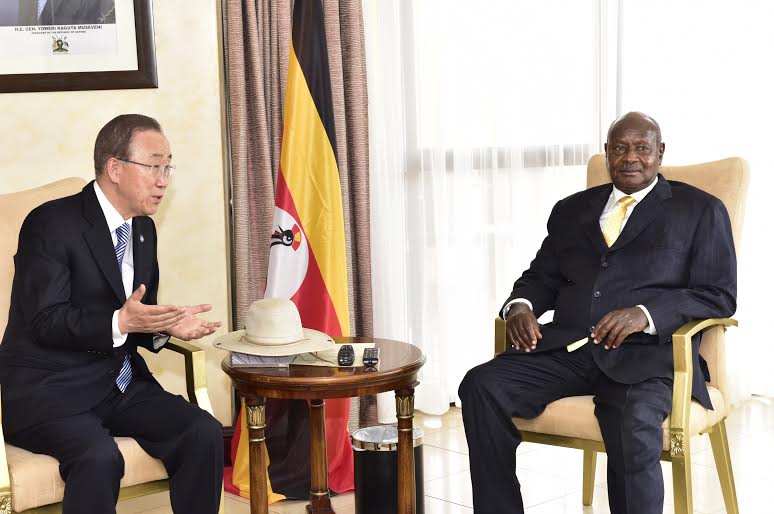 “Deal with them carefully and work towards peace and elections. Votes will force them into alliances. Democracy will force them to work together. Now they know they are not accountable to the people,” he said.

Museveni’s recommendations follow UN Secretary Generals’ proposals to the United Nations Security Council to send a strong message to the warring factions in South Sudan including; imposing an arms embargo on South Sudan, sanctions on the people responsible for the violence and fortifying and strengthening the United Nations mission in the country.

Ban Ki Moon said the violation of the ceasefire agreement by the two leaders in South Sudan makes the UN position very the signing of the Belgium striker Michy Batshuayi from Marseille.