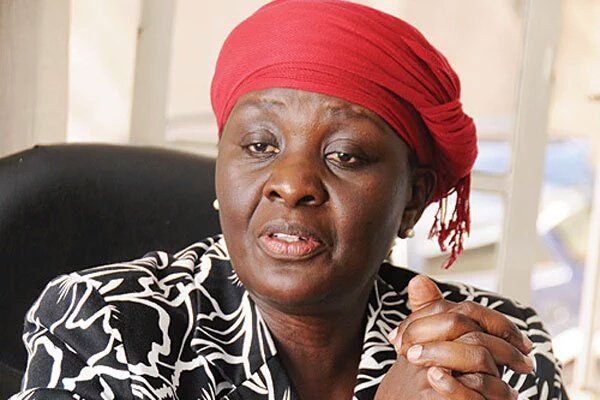 For one who had been billed as the bookmakers’ favourite to replace South Africa’s Nkosazana Dlamini-Zuma as new AU commission chairperson BUT Uganda’s former Vice-President Specioza Wandira Kazibwe failed dejectedly.

Ms Kazibwe dropped out after the first round of voting but then neither of the other two candidates could secure the two-thirds majority needed.

To make matters worse, some countries abstained as there was a feeling that the candidates did not have the required experience.

It should be remembered that Kazibwe was supported and fronted by many big guns in the region including her biggest ally over the years, President Museveni. who gave her Ushs2.5 billion of taxpayers’ money to help her push the bed. This is probably one of the many reasons as to why her fellow countrymen are celebrating her loss on social media;

Kazibwe should come back already and obangaina with her blesser already. pic.twitter.com/qFQ3LCswvq

So the govt tht wanted us to support Wandira Kazibwe is the same tht blocked Olara Otunnu from prospering at the UN! pic.twitter.com/GZvvWh0jZT

Kazibwe has lost… This day can’t get any better. Thanks to the voters. 😂🙈

Ofcourse there was going to be a Kazibwe Victory Party funded by tax payers’ money too. So at least let’s celebrate having saved that.

Kazibwe: you never disappoint even when you are a disappointment itself.

To many others, it is a disappointment that Kazibwe couldn’t even get into the second round but a bigger disappointment because the people that are celebrating her loss should be standing by her.

We can only get further if we stand together, regardless of religion, tribe, or political affiliation.