EagleOline is in possession of the much coveted Makerere University official 2016/2017 academic year lists of students admitted under the private sponsorship programme, 24 hours early. 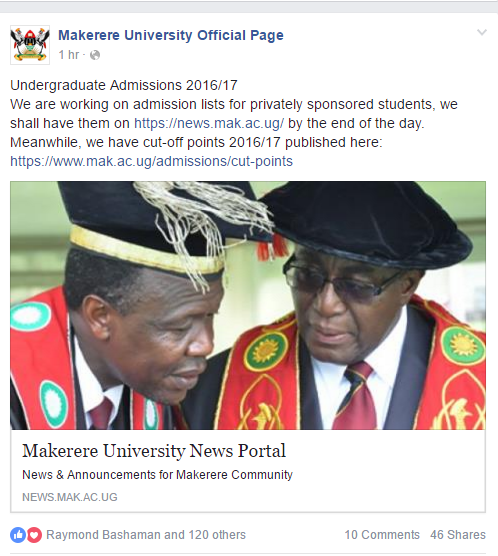 The university says the fresher’s are expected to report on August 6, 2016 to undergo the orientation week that will be on August 12