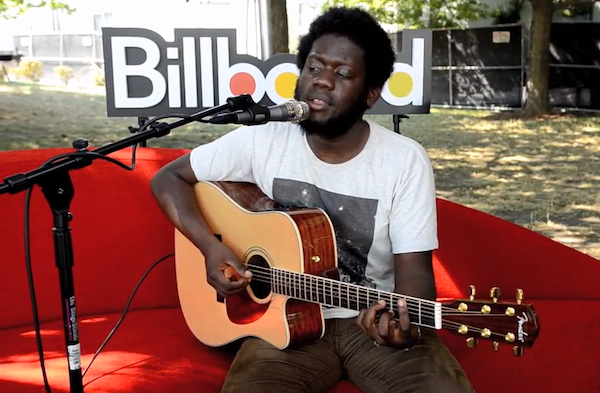 Kiwanuka, whose debut album Home Again reached No. 4 in the U.K. in 2012, debuted at the top with the follow-up, staying ahead of Adele’s 25 (XL Recordings). That remained at No. 2 as Christine & the Queens reached a new peak with an 8-3 climb for Chaleur Humaine (Because Music). Drake’s Views fell 3-4 and Coldplay’s A Head Full Of Dreams (Parlophone/Warner Music) 4-5.

His songs purr along at leisurely tempos, harking back to the kindly, folky soul of 1960s and ’70s songwriters like Bill Withers, Van Morrison and Terry Callier, and more recently Beth Orton. They set a few words within a gentle vamp, often with a touch of jazz or blues, and linger over them until they become liquid incantations, melting into the music and finding refuge there. With his breathy baritone and imperturbable tempos, Mr. Kiwanuka could at times be taken for someone in the John Mayer camp.