Police have issued a raft of tough guidelines for boda boda cyclists, and any breach will make the errant rider face heavy penalties. The development follows a meeting convened by the traffic commander Kampala Metropolitan Police (KMP) Norman Musinga earlier today, held at the Sharing Hall in Nsambya.

In a communication released today and signed by Mr Musinga, the cyclists were warned against dangerous riding, riding without a reflector jacket, riding on the pillions, disrespecting traffic lights and riding numberless motor cycles among other omissions. 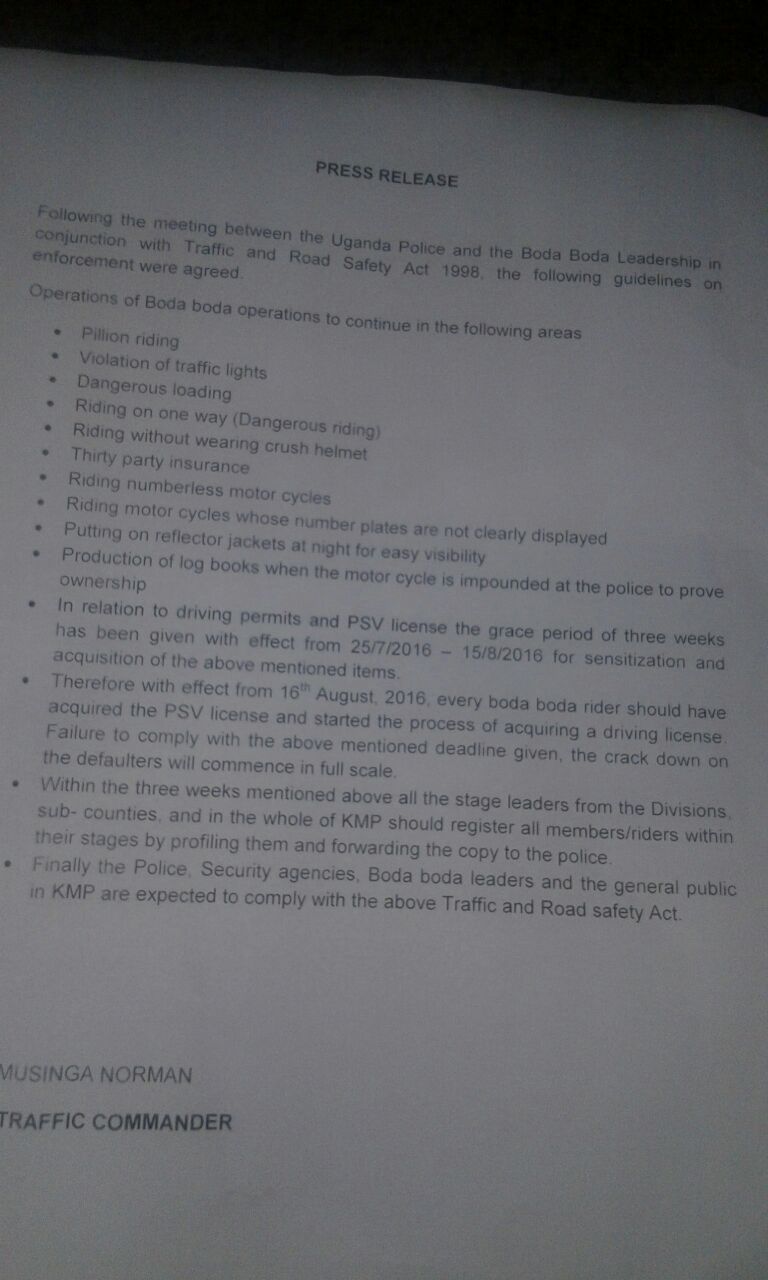 According to Mr Musinga, every cyclist will also be required to have fulfilled all the requirements including having a driving permit and license in three weeks, ending August 16.

Over the years Boda Boda cyclists have ‘enjoyed’ a exhibited a high level of impunity on the roads, something that has led to the deaths of thousands of people who hire their services.

‘To better understand the danger posed by the errant cyclists, a visit to Mulago Hospital where the administration opened a ward specifically to handle victims of boda boda accidents, will suffice,’ one Jamil Ssenyange remarked on the sidelines of the meeting today.