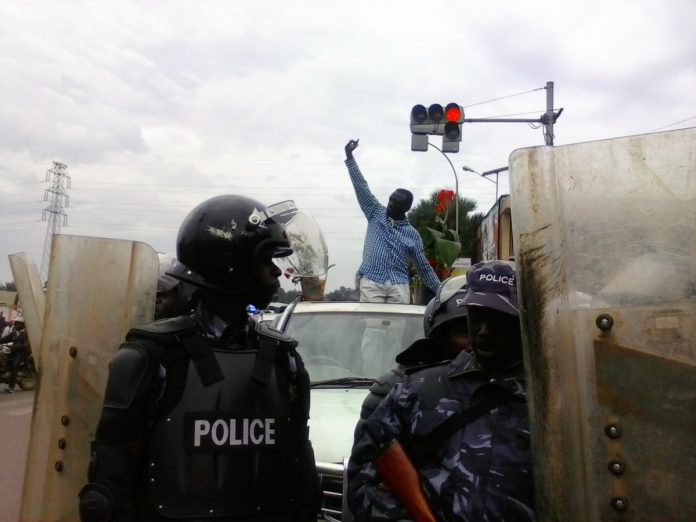 Uganda Police has arrested opposition leader Kizza Besigye moments after charges of disobeying lawful orders against him were dropped.

Mr Besigye, who is currently out on bail, was returning from Makindye court when his car was blocked by Police at Clock Tower before being towed to Jinja Road Police station where he is currently detained.

The case was opened against Mr Besigye and his colleagues, including Kampala Lord Mayor Erias Lukwago, for holding a meeting in the city in May 2015, to allegedly discuss electoral reforms.

They are said to have disobeyed the Kampala South Metropolitan police commander’s orders to disperse from the meeting venue.

The magistrate today dropped the charges after the prosecution had failed to produce witnesses.