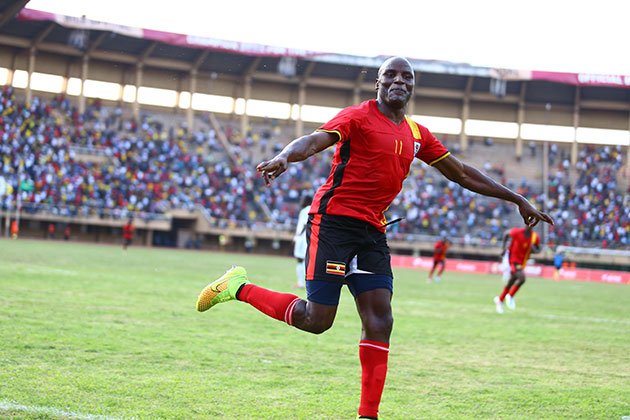 Uganda Cranes skipper Geoffrey Massa has penned a one-year contract with South African league newcomers Baroka from Bloemfontein Celtic with the option of another year.

The aging attacker has struggled for game time since making the move last season, and will hope to reverse that at Baroka considering on 3rd September the Uganda Cranes need maximum points against Comoros on to guarantee a place in Gabon next January.

“I’m looking more for hungry players. Massa is a hungry player when you compare him to other strikers. Now it’s time for him to prove that he can play because he wasn’t playing regularly at Celtic. He said he want to play and remember he is a captain of a national team. All the players are looking up to him. So it’s a challenge for him but I think he will do well,” Baroka club CEO Morgan Mamilla told KickOff.

When he left Uganda Police almost a decade ago, Massa first played in the South African top-flight in the 2007/08 season with Jomo Cosmos, but scored just a single goal in 15 appearances.

He returned for University of Pretoria in the 2013/14 season, spending two successful seasons with AmaTuks before a move to Celtic last campaign that proved a tough time for him.