The reality that Vipers SC could have  less than 10 percent of football fans during the FUFA Super Cup, a season curtain raiser between the Azam Uganda Premier League champions and the Uganda Cup winners has driven club boss Lawrence Mulindwa into requisite.

The  match will be played five days before the  kick off of the Azam Uganda Premier League on August 19. KCCA won their eleventh league title last season while Vipers beat Onduparaka from Arua  to win  the Uganda Cup final  at Nakivubo  stadium  last month.

Despite the Vipers owner Mulindwa being the richest football administrator in Uganda, the club has failed to attract fans and corporate sponsorship overtime changing name from Bunamwaya and shifting to their home base to football starving Buikwe district but has not quite appealed to the locals and have in the past hired fans and an instrumental band to counter rival fans during city derbies.

Now Mulindwa has found a way to hijacking Kampala City Council, Lweza and Express’ core base of supporters; commuter motor cyclists aka  boda boda and bring the team back to Kampala most likely Nakivubo stadium.

As the Vipers club website reported on Wednesday, Mulindwa this morning met and registered its first group of fans mainly comprising boda-boda cyclists that operate from Kawuku to Kajjansi along Entebbe road.at the St Mary’s Stadium in Kitende.

“Vipers is a team based along Entebbe road that is why we felt the need to welcome fans from Kitende, Kajjansi, Bwebajja, Zana, Kawuku, Namulanda  among other areas along that road and then we can expand our fan base country wide,” Mulindwa said.

Mulindwa in his remarks last week at the prayer breakfast that opened the club’s pre- season preparations reiterated the need for the club to emerge stronger and professional with all the various departments functioning efficiently starting this season.

“Vipers must be a brand with a strong fan base, market, exceptional talent and all should exhibit high levels of professionalism,” he stressed.

In his message to the fans, he urged the fans to not only love Vipers by watching every single game but also be its ambassadors.

Vipers have plans of establishing the best football academy and exporting more talent outside Uganda in the not so far future and they have already started on this attainable project.

“Like all clubs, we have to start from somewhere. We have big plans and we can only achieve with support of you our fans,” the club president concluded.

In the same vein, new club branches and shops are set to be opened across various regions of Uganda so as to widen the fan base and sell more club merchandise. The first shop will be located at Kajjansi, along Entebbe road where jerseys, caps, t-shirts, wrist bands, umbrellas, and stickers will be sold to fans. 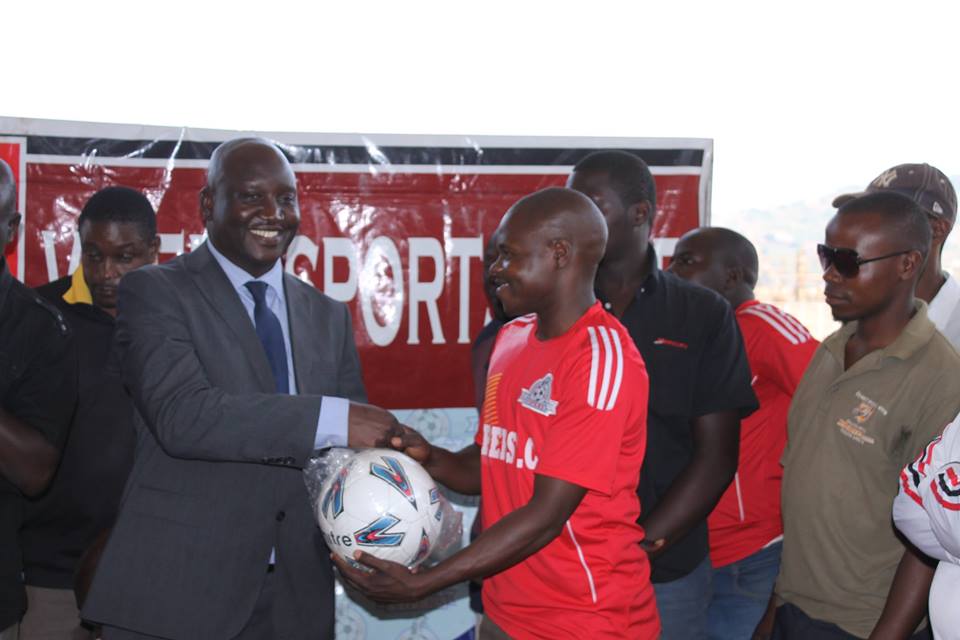 Mulindwa begged the newly registered fans to go to Nakivubo on August 14th and give their KCC rivals a run for their money before he gave out ten balls to the ten branch chairmen and urged them to bring more friends.