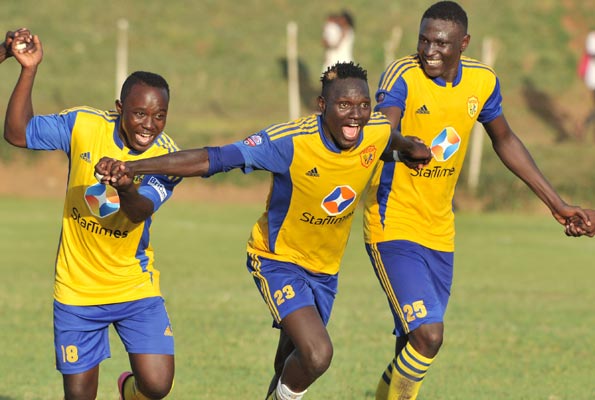 Attention might be on the crucial Uganda Cranes versus Comoros AFCON group D qualifier but the new Uganda Premier League season’s fixtures for 2016/2017 are also already out, which will leave some mouths watering ahead of the 19 August kick off.

The very reactive transfers in the  League has left many fans eagerly anticipating the new battles, highlighted by the long term rivalry between SC Villa, KCCA, Express and Vipers which dates back to their encounters.

The headline match of the opening weekend is Express hosting Lweza at Mutesa II stadium, Wankulukuku, while Onduparaka’s first-ever Uganda Premier League match will at home to Soana at Green Light Stadium in Arua, West Nile.

Jinja Municipal Council Hippos have arguably the hardest match out of the newly promoted teams when they take on champions KCCA.

Kirinya Jinja SS will host Uganda Revenue Authority and Proline are up against BUL Bidco at Kakindu in Jinja.

New Vipers manager Abdallah Mubiru will have a tough first assignment against Bright Stars at their new home Nakivubo stadium after failing to appease the Buikwe locality.

Deo Sserwada’s first match in charge of SC Villa will see him to Kavumba Stadium to face Police, he will have to wait until the October 28 to face eternal rivals Express FC in his first Kampala derby at Mandela National Stadium, Namboole.

New look Saints FC who are under Uganda Peoples Defence Force (UPDF) ownership will have a tough first assignment against Sadolin Paints at Bombo Barracks stadium.

Unlike before, the new UPL fixture entails both the first and second round matches although it’s subject to alter due to the ongoing Fufa Club licensing.

“The fixture was drawn in line with the FUFA Activity Calendar but remains provisional pending the completion of Fufa,” League CEO Bernard Bainamani said.

Bainamani also added that second round fixtures involving KCCA and Vipers who are Uganda’s representatives in the CAF Champions League and CAF Confederations Cup respectively are likely to be affected.

“The CAF Calendar for next year may games involving KCCA and Vipers maybe affected by CAF interclub competitions Calendar that is yet out,” Bainamani added.