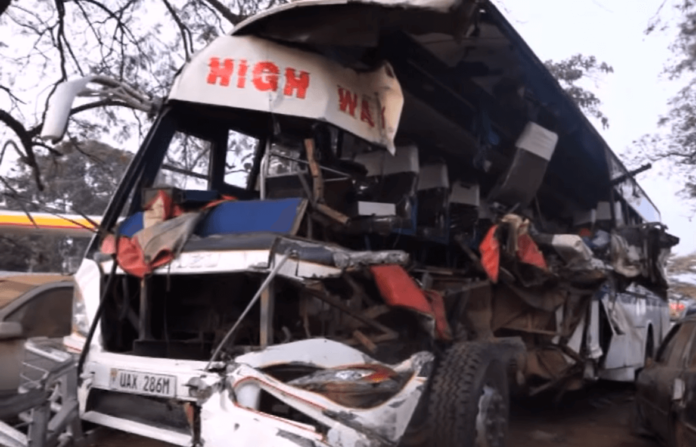 Nine people including a Bishop have died following an early morning horrendous accident at Matanga, along the Masaka- Mbarara highway.

Initial reports indicate the deceased include Rt. Rev. Enoth Komunda of Kanungu, who was travelling to Kampala with his daughter, who survived with broken limbs. Last evening, more nine people perished in Oyam district when a pick-up collided with another truck killing all the nine on the spot.

Maxwell Ogwal, the Regional Police Commander Greater Masaka, said the accident occurred after a speeding bus rammed into a stationery trailer, parked by the roadside.

Accidents on Masaka road are commonplace and this year alone several travellers have lost their lives on the road that has come to be dubbed ‘Massacre road’.