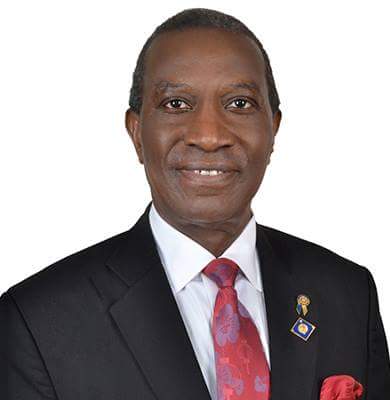 Ugandan banker Sam Owori has been nominated as the Rotary International President for 2018/19 replacing John Germ.

According to reports Mr Owori will become the president-nominee on 1 October if no other candidates challenge him.

He joined Rotary in 1978 and was an RI director in 2010-12. He has also served as a regional Rotary Foundation Coordinator and RI training leader.

Owori, who was the managing director of Uganda Commercial Bank until the early 2000s, is now the Chief Executive Officer, Institute of Corporate Governance and also shareholder in Uganda’s first regulated, deposit-taking microfinance institution, FINCA Uganda.

Born in Tororo, Mr Owori is also a former representative United Nations Centre for Human Settlements Programme and a Secretary to the Bank of Uganda.