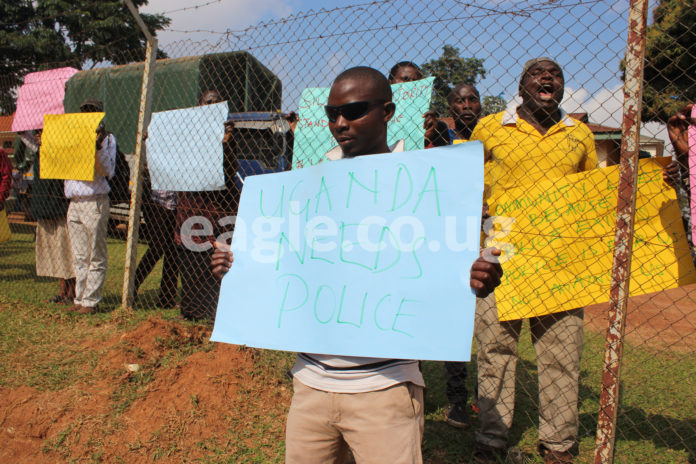 The defiance exhibited by supporters of Inspector General of Police, General Kale Kayihura this morning at a Kampala Court is an indicator that the IGP has finally joined the ranks of Dr. Kizza Besigye in pursuit of individual rights.

Gen. Kayihura was supposed to appear before the Makindye Magistrate’s Court to answer criminal summons in relation to the brutal beating of opposition supporters and innocent citizens who had lined up Gayaza-Kasangati road to welcome back Besigye from two months detention at Luzira over treason allegations.

However, Gen. Kayihura didn’t show-up but a statement was made by his supporters when they took-over court, making business at the ever calm court premises nightmarish.

It all started when the men and women invaded court with placards denouncing the prosecution of the police boss, stating that those against the IGP are not after him as an individual but rather want him off the helm of the Uganda Police.

In the usual Ugandan style, had the demonstrations at court been carried out by non-supporters of the IGP (or the regime), it would have been considered ‘defiance and organized outside their mandate’ as the demonstrators didn’t seek police permission to organise, such ‘illegal assemblies’ that are prohibited under the Public Order Management Act (POMA).

Contrary to the known norms, most Ugandans have come to terms with today’s siege by the ‘friends of Mr Kayihura’ at Makindye but at a cost: however much Gen. Kayihura and his juniors keep on condemning the Forum for Democratic Change (FDC) kingpin Besigye, all isn’t lost as the General also believes that for someone to be accepted or to have justice, one has to defy the status quo.

With happened in Makindye Court today, it is evident that Kayihura has finally accepted to join Kizza Besigye in the ‘defiance’ campaign if he is to get justice and therefore, those that see defiance as a useless method to advocate for rightfulness have to rethink, since the man who was until yesterday criminalizing defiance, is a Saul turned Paul. It is the written word of the Lord, check Acts 9.

Witnessing the fracas at court today reminds one of the stories of ‘bad regimes’ of Idi Amin and Milton Obote and how bad they were. Nevertheless, one would imagine that Gen. Kayihura, a lawyer, should have used the chance availed to him by court in regard to the allegations brought against him and his juniors, to prove a point that he appears and indeed that indeed the National Resistance Movement (NRM) party fought for the restoration of rule of law and ‘that is why I have appeared before court and subjected myself to the due process of the law’. And had the IGP done so, it would dispel the theories that ‘some people are more equal than others’ and also the trending allegations that indeed the police is a brutal force.

Back to Makindye, the rowdy Boda Boda cyclists reportedly mobilized by a one Abdul Kitata, whose ascendance into the ‘rank and file of police’ is only known to himself, was at it again when he over powered police led Kampala Metropolitan Commander who looked on helpless as the ‘friends of Kayihura’ made it unruly for court business, and for business in the neighboring areas!

The boda boda fellows, who outnumbered the police and who had a clear access to the court, made it rough for traffic flow and other people who were at court but perceived to be anti-Kayihura.

For example they stormed one office and assured lawyers for the plaintiff that they are marked people and would face revenge for having accepted to prosecute ‘their man’, Gen. Kayihura.

“You will leave to regret and we know where you stay and your movements, we will work on you,” one man holding a placard reading ‘Kayihura is hero’ said to Kampala Lord Mayor Erias Lukwago and city lawyer Nicholas Opiyo. 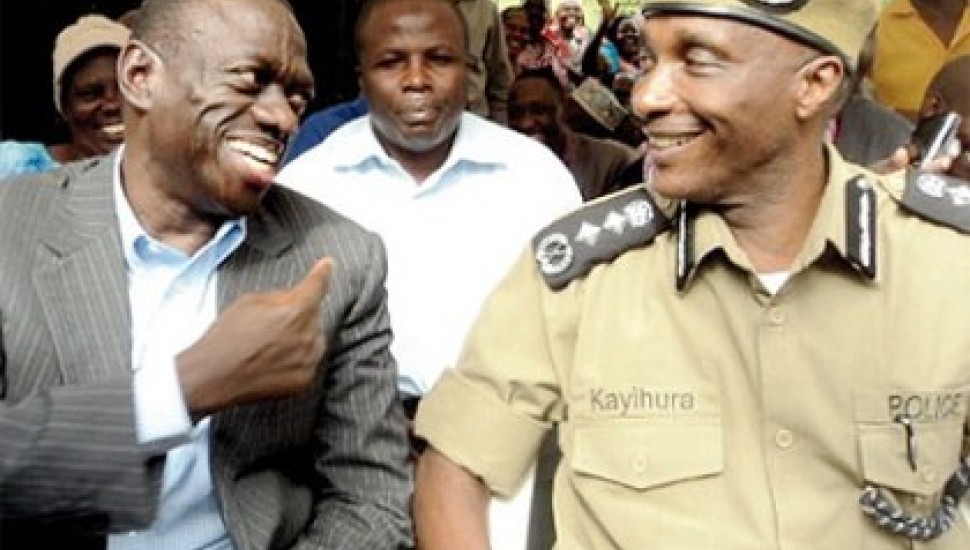 However, instead of police intervening to separate the two sides, they instead ordered the lawyers to vacate the courtyard and in the process, the lawyers hit back saying “Takeaway your goons who want to beat us.” Not a rosy affair, if you ask!

Intriguingly, the boda boda guys evoked the name of Jennifer Musisi, asking why no Ugandan had sought the prosecution of the KCCA Executive Director, who they claimed, should also have been prosecuted, ostensibly for the death of two-year old Ryan Semaganda in November 2014 and the wanton beatings of street vendors in the city by KCCA law enforcement officers. 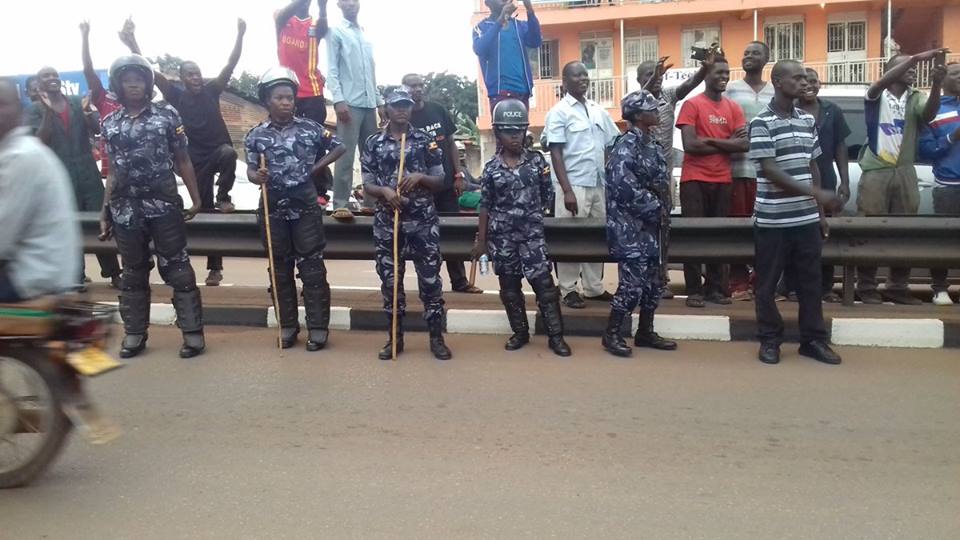 In so doing the boda boda fellows sought to relate Musisi’s ‘failure to supervise her subordinates’ including that of the driver of the KCCA vehicle and the KCCA enforcement officers, to the charges related to police brutality Gen Kayihura is currently facing.

Anyhow, as the situation continued to degenerate, KMP Commander Frank Mwesigwa intervened to calm the situation, promising the rioting ‘friends of Kayihura’ that the plaintiffs’ lawyers would vacate the court premises and that allegations against KCCA Executive Director Jennifer Musisi ‘would be investigated’.