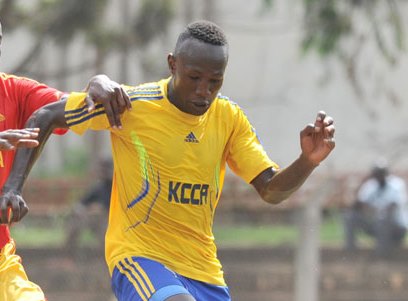 Dethroned captain Tom Masiko is targeting a return to first-team action for Kampala City Council and has pencilled in the 2016 Fufa Super Cup to be played on Sunday 14th August at Mutessa II Stadium, Wankulukuku for his comeback.

Speaking to the club website, Masiko a son of legendary Uganda Cranes and KCC defender and life captain, Charles Baker Masiko said: “I painfully watched on the sidelines months but now I’m fit to play again. I have been under the medical guidance of club doctor Ivan Ssewanyana and doctors at Novirk Hospital who have worked tireless to see that my torn muscle in the knee gets back into shape.”

Masiko played full 90 minutes in the club’s 0-0 friendly game against Simba FC at Lugogo on Wednesday.

“I feel I have regained my full strength and I’m ready to take up my slot again in the team. I don’t fear the renewed competition in the team and my fans should expect the best from me next season.”

The box to box midfielder who sat out much of last season’s action due to a recurring knee injury has endured a succession of injuries throughout his career, but remains optimistic of helping the Lugogo side defend their Uganda Premier League title.

“I want to thank the fans, management, coaches and my fellow players for the patience and love they have extended to me during this trying period. I’m back to lead my childhood club to more trophy glory,” Masiko promised.

The boss Mike Mutebi wasn’t quick to quash any suggestion that he would be involved.

“Tom back for the serious football? Maybe, we have not decided that yet,” he explained. ‘He is a born winner, a leader and gives the team many dimensions whenever he is on the pitch.”

Masiko, still in his early 20s, has risen through the ranks at Lugogo since starting out as a youthful player at the now defunct feeder academy-City Lads.