Addressing a congregation at the burial in his home area of Tororo late last month on July 27, 2016,Tanga Odoi, a former academic activist at Makerere University-turned-politician, said the fact that the candidates were competing for (political) power made it tempting for them to engage in electoral malpractices.

“Let us stop saying that people stole elections; all of us stole votes but the one who stole enough won,” the vitriolic Tanga Odoi said during the burial of one Faridah Oweri , adding that there is no where in the world where elections are perfect.

“The elections (worldwide) are said to be ‘free and fair’ not ‘free and excellent’”, Tanga Odoi said, adding: “In Uganda, when you follow the law, no MP outrightly won.”

He also did not spare some participating political parties, saying the Democratic Party (DP) and the Uganda Peoples Congress (UPC) had no reason to complain over the outcome of the 2016 elections.

“UPC and DP had no candidates and therefore, they can’t complain. They should not be accusing NRM in my face. At least FDC should complain but they haven’t complained meaning NRM won,” Tanga said.

Unrestrained, Tanga Odoi, who lauded the NRM for empowering his tribesmates the Adhola, also lashed out at his ‘detractors’ including politicians both in his home area of Tororo and others in Kampala, saying he had outclassed all of them. The ‘political’ nemesis he attacked include Ministers Sarah Opendi, Major General Kahinda Otafiire, Amelia Kyambadde. Others are former presidential spokesperson Tamale Mirundi and former Tororo Municipality MP Sanjay Tanna.

“Otafiire tried fighting me and failed. Amelia Kyambadde also tried and failed. Even those Generals failed, how about you in Tororo who are ‘nothing’? Tamale Mirundi played with my name and I gave him three days and after one week he was sacked.

Further, he said: “What I was saying was concessions, to accept defeat. If you are like General Otafiire who does not accept defeat, I said and can say it again, that he suffers a physiological expanded ego; when you have expanded ego, you see yourself as the best thing which God has created.” Tanga Odoi also warned to take legal action against all his detractors.

“I am going to formally write to East FM for an apology over that sound bite that I, Yeri (Apollo Ofwono) and Jaramogi sat at National Theatre… if they don’t satisfy my interest I will take on them…so those playing with my names on East FM, I have given you two weeks.”

Turning his guns on former MP Tanna, Tanga Odoi said he is a ‘foreigner’ who had become wealthy through tax evasion, and vowed to expose him and have his businesses closed. 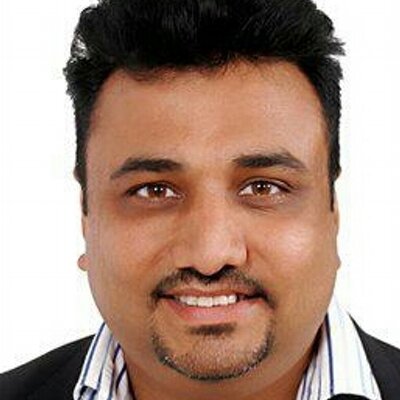 “We will develop Tororo; I am not going to listen to what Sanjay is saying against me; we shall dig into the taxes into the taxes of the last 20 years and … close them,” Tanga Odoi, who said he hails from Kisoko, said.

You cannot play around with citizens where you are a foreigner, he said of the former MP who has several companies based in Tororo.

“My observation is Tanga Odoi was brought to NRM by Mbabazi; he has never been positive at all. Tanga Odoi knows that court cannot verify academic papers; where is the Shs600, 000 he collected from MPs? He was a conduit. I don’t have anything to do with Tanga; Mbabazi takes advantage of such people like Tanga to advance his interests,” Tamale Mirundi said on phone earlier today.

Meanwhile, a source, speaking on condition of anonymity, has told the Eagleonline that the misunderstandings cited by Tanga Odoi against other NRM members were a result of his ‘greed’, adding that that was the reason 40 NRM MPs are facing court charges over faulty academic documents.

The source added that Tanga Odoi has a perceived prejudice against Gen Otafiire, Ms Kyambadde and Sarah Opendi among others.