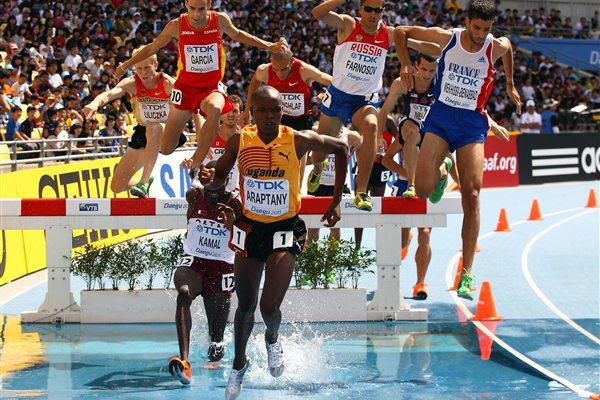 Despite Team Uganda having one of the most horrible quests at the Games of the XXXI Olympiad, Jacob Araptany finishing in the 2nd position (8:21.53) in the men’s 3,000m steeplechase Heat 1 has raised hope.

Come Wednesday at 5.50pm during the final, Araptany will run shoulder by shoulder with the domineering Kenyans who he led today most of the way as he clocked the second fastest time of the heats and a season best for him.

The top three automatically qualified for the final but Araptany’s colleague and Uganda’s best at steeplechase 27-year-old Benjamin Kiplagat clocked 8:30.76 in Heat 1 but wasn’t good enough to secure a backdoor ticket to the final as one of the six places for the best losers.

On Sunday, Joshua Cheptegei ran the perfect race to finish a creditable sixth in a personal best time of 27:10.06 unfortunately an inadvertent collision with eventual race winner Mo Farah caused his hip to twinge, but there was no denying his maturity and poise at the biggest stage of all.