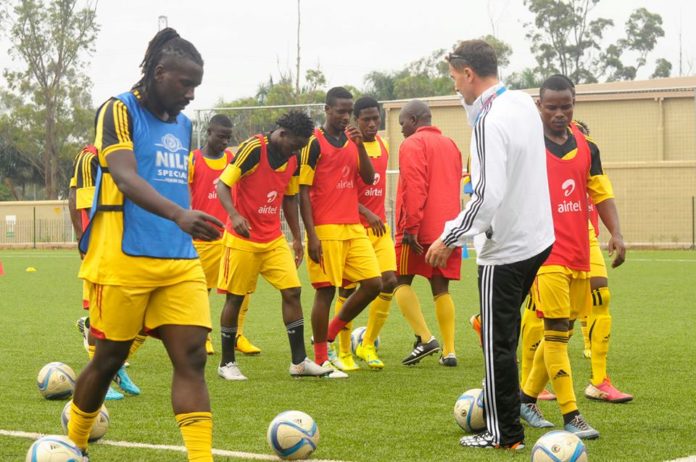 Cranes coach Milutin ‘Micho’ Sredejovic has indicated he could select some of the Uganda Premier League players as Uganda looks to overcome Comoros and win qualification to the Africa Cup of Nations (Afcon) for the first time since 1978.

The Uganda Premier League 2016-17 season kickoff on Friday 19th August and Micho alongside his technical team will oversee an assessment and evaluation of the national team players involved on that particular match day across different venues.

“I’m waiting for the local league to come back. We with my technical committee will sit down and look at the locally based players and how fit they can be utilized alongside the foreign based players when we play Comoros and our other upcoming games. We will get a report of individual players,” Micho told EagleOnline on Tuesday.

“On the two UPL match days, I will see what is actually happening and we will take it from there. But I would love to see some of the boys playing at Namboole.”

Micho is seeking to assemble all the players at least for a week prior to the game where a Cranes win will secure a slot to the continent’s showpiece tournament in Gabon.

However, Micho added the players need to be introduced slowly in the senior national team and must not be put under pressure and among those he has his eyes on are Denis Okot, Joseph Ochaya, Mazimiru Mutyaba all from league champions KCCA, Erisa Ssekisambu of Vipers, Proline player of the season Edrisa Lubega and Shaban Muhammad of Oundupraka.

“The local league is a bridge to the senior national team. It is not easy for some to impress at Cranes level while others like Joseph (Ochaya) and Erisa (Sekisambu) have done well to settle in,” he said.

“But the problem is we tend to look for results speedily, we don’t want to build towards that because the longer we bring them up they will lose courage. In some of the games, we will have some of the players coming in.

Micho also let the loose the detailed road map entailing the full programme for the International friendly against neighbours Kenya on Tuesday 30th August and the crucial qualifier against Comoros four days later.

On 24th August, the Serbian tactician will announce his squad of 30 local and foreign based players with non residential drills starting the following day. The team is then expected to enter residential training on August 27th ahead of the final warmup game against Kenya.

Relatedly, local football governing body has confirmed changes in the date and kick off time of the qualifier.

The new date is Sunday 4th September, 2016 with kick off set for 5pm at Mandela National Stadium, Namboole.

The change is as a result of the decision taken by CAF which is with in their jurisdiction.

“We shall continue with our preparations based on the new date. FUFA calls upon all members of the football fraternity to turn up in big numbers for this match on Sunday 4th September, 2016,” Fufa Communications Manager Ahmed Hussein confirmed.

“We urge our fans to purchase the discounted tickets of 20,500/- from the designated areas as they are now limited in numbers and will be withdrawn from the market this Friday,” added Hussein.