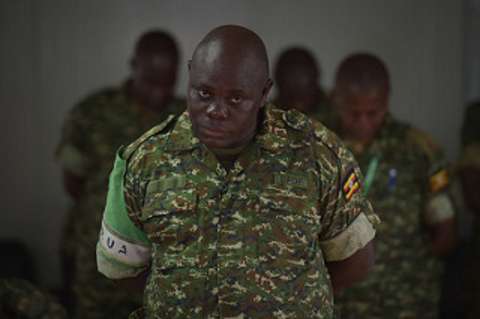 Nine African Union peacekeepers have been jailed for running a fuel racket in Somalia, the AU mission in the country has said in a statement.

The soldiers – all Ugandans, including two majors – had been sentenced to between one years and three years in prison after being tried by a Ugandan military court, it added.

Three of the soldiers had also been “dismissed with disgrace from the army”, it added.

It was the first time a military court connected to the AU mission had sat in Somalia since the troops were deployed nine years ago.