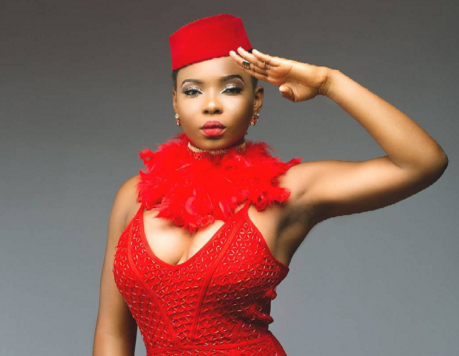 She is a Nigerian afropop singer. She gained prominence after winning the Peak Talent Show in 2009, and is best known for her hit single “Johnny”.

The 27 year-old singer tounched down at Entebbe International Airport at 3am aboard an Ethiopian Airline. She came with a 20-member entourage and be staying at Speak Resort Munyonyo.

Meanwhile Abby Plaatjes, Gaetano Kagwa’s ex-girlfriend from BBA I, will also attend the awards. She’s set to arrive tomorrow at around 3pm. Gaetano himself will be in attendance to present an award, so it should be an interesting renunion between the two former lovebirds.

Sauti Sol will also perform at the awards after they reached a last-minute agreement with the awards’ organisers earlier this week.

The Kenyan boy band jets in tomorrow and this will be the third time they are performing in Uganda.