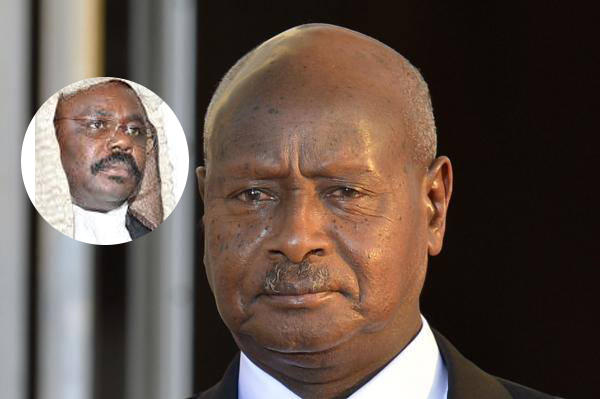 Deputy Speaker Jacob Oulanyah, perceived by many to favour the ruling National Resistance Movement (NRM) party’s interests, has today chaired a session where a private member’s bill was tabled to amend the Constitution to remove the age limit.

The bill, sponsored by Nakifuma MP Robert Kafeero Ssekitooleko, appeared on the order paper yesterday as part of parliament’s ‘business to follow’ and was tabled on Wednesday just before 5pm.

Oulanyah asked MP Ssekitoleko to make copies of his motion and circulate it to all legislators with immediate effect.

Nothing is known about his boss Speaker Rebecca Kadaga’s whereabouts.

Since Oulanyah joined the NRM party in July 2006, he has earned himself as many Ugandan friends as he has earned foes, the latter who blame him for President Museveni’s lengthy stay in power that is now supposed to end in 2021.

If Parliament amends the Constitution and removes the age limit clause, President Museveni – currently 71 years – will be able vie again for the top seat to 2021.

The age-limit debate began in July after the Kyankwanzi district NRM conference, led by MP Anne Marie Nankabirwa, passed a resolution urging party MPs to move a motion in Parliament for the amendment of article 102(b) of the Constitution that caps the age of an in- coming president at 75.

During a meeting at the Kyankwanzi State Lodge at the National Leadership Institute, the Kyankwanzi district leaders told Museveni that they want the limit removed.

In response Museveni said that he would consult with the NRM Central Executive Committee and the NRM leadership.

Some of the MPs and members of the public who see this bill as a ruse point to early 2000s, when another innocent- looking constitutional review exercise ended up removing presidential term limits from the Constitution.

Museveni was declared the winner of the last election in February with 60 percent of the vote. Kizza Besigye, who came second with 35 percent of the vote, said the election’s integrity was undermined by rigging, intimidation by security personnel and voter bribery.

In May, Besigye was arrested and charged with treason after a video circulated on social media of him in a mock swearing-in ceremony.

In 2005, lawmakers removed the two-term limit. But Museveni was accused of bribing ruling party legislators, an allegation he denies.

“Museveni has an absolute majority in Parliament. These legislators do not have the courage to resist what Museveni wants,” said Nicholas Opiyo, a political analyst and human rights lawyer.