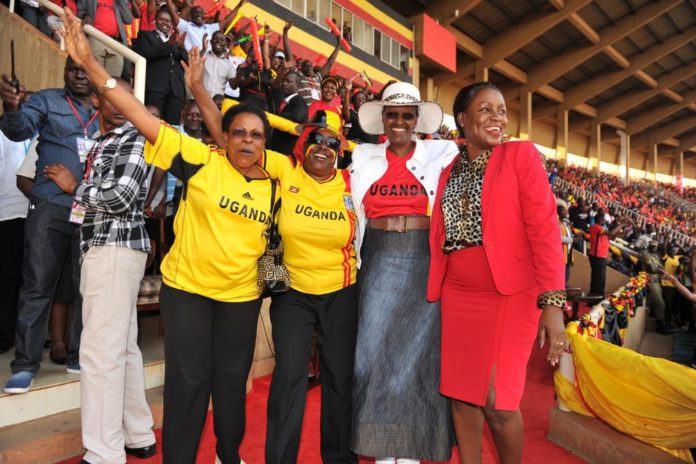 A primary six student, a one Teddy Muzaaki was among three people reportedly knocked dead at Kalerwe by the convoy of the First Lady Janet Museveni, Masaka Municipality Member of Parliament (MP) Mathias Mpuuga, has said.

“There was a different car that was following the convoy; Mpuuga is just playing politics. Actually, police knows,” Mr Wanyama said on phone today.

However, Mpuuga, who claimed he is a neighbor to the girl’s family, said that they told him that Muzaaki was knocked dead with another female friend last evening.

“The convoy was driving on the wrong side of the one way. The two died on the spot and no attempt to help the bereaved families so far, even after contacting police,” says Mpuuga.

The dad of the deceased is a car-washer at the Nakivubo channel.

Kampala Police spokesperson confirmed the accident, saying the deceased were knocked by jubilant drivers from Namboole ‘who are yet to be identified’. This is contrary to the narration of the mother of the deceased.

He said the girls’ bodies had been given to the relatives while the third body, said to be that of one Kinubi, was still at Mulago Hospital morgue.

Meanwhile, by press time MP Mpuuga had updated his Facebook page, indicating that the bereaved family had been invited to the Central Police Station, Kampala.

“I actually believe it was an accident, but what happens in such situations under normal circumstances. I know these are very poor families, all they require is understanding, may be not court, they have nothing more left to lose, all they had they lost in the accident.

“As I type this though, the victims’ family has been invited at CPS for official help by an officer known to me, will keep you posted on progress,” Mpuuga added.

The accident happened at 7:30pm, the time when Uganda Cranes fans were leaving Namboole, according to Kaweesi.

The First Lady, in her capacity as the minister in charge of sports, was the guest of honour at the match, which saw Uganda Cranes beat Comoros 1-0.