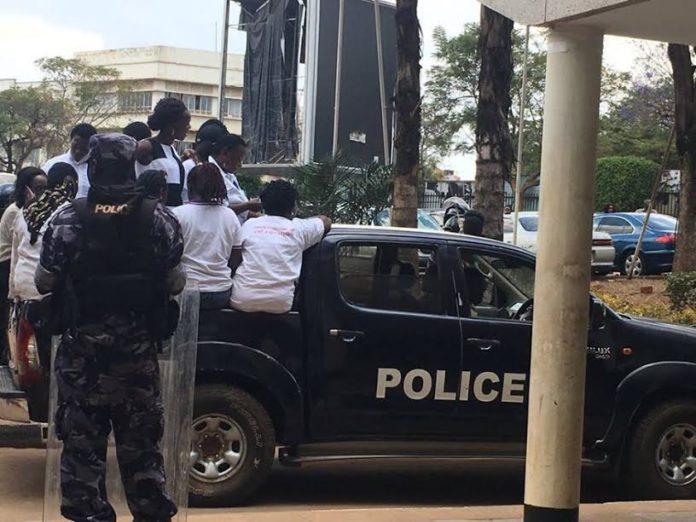 Police has Tuesday afternoon arrested a group of female activists that were protesting against the limit.

They were arrested at the National Theater before they began walking to parliament in protest, as planned.

The arrests have been confirmed by Forum for Women in Democracy (FOWODE), a platform for Ugandan women that advocates for gender equity and equality in the decision making process.

“Women activists demonstrating against age limits arrested at National theatre. Lock up is not where a peaceful activist should be. #Women4UG Age limits must stay! We’re locked up with no charges!” they tweeted.

The arrested are being held at Kira police, Namugongo. “Agenda continues with prayers. Age limits stay!”

It ought to be remembered that Nakifuma County MP, Robert Ssekitoleko last month successfully tabled his motion seeking Parliament permission to bring a private member’s bill to amend the Constitution. 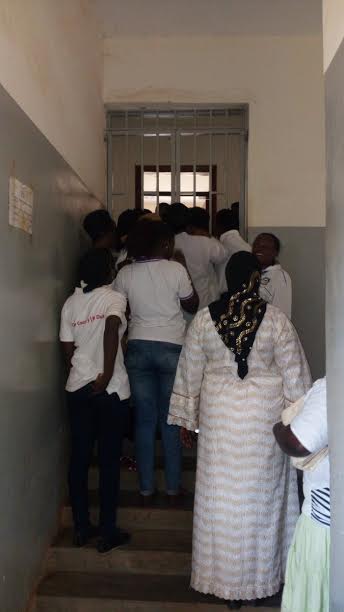 The bill seeks to amend Article 144 by upping the retirement age of judicial officials from 70 to 75 years.

However, the opposition has already expressed concern that this could be a decoy to amend Article 102(b) that limits the president’s age at 75 years.