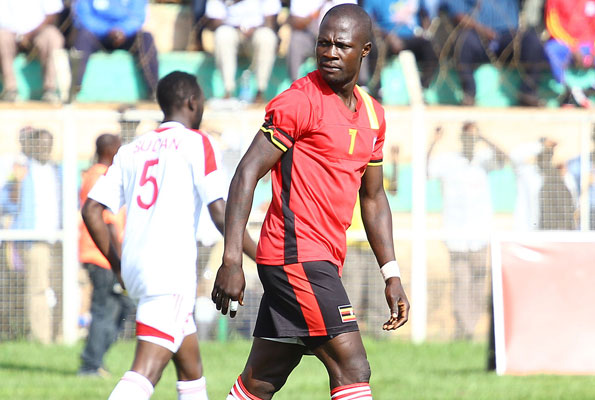 Onduparaka announced the move on Wednesday, with Okhuti signing a one-year loan contract with the club.

Okhuti, whose career was marred by frequent injuries, finished the last half of the Premier League season with only three goals for KCCA  and the acquisition of Robert Ssentongo, Geoffrey Sserunkuma coupled with the consistence of youngster Derrick Nsibambi and Nigerian import Sulaimon Akinyemi has seen him drop further the pecking order. 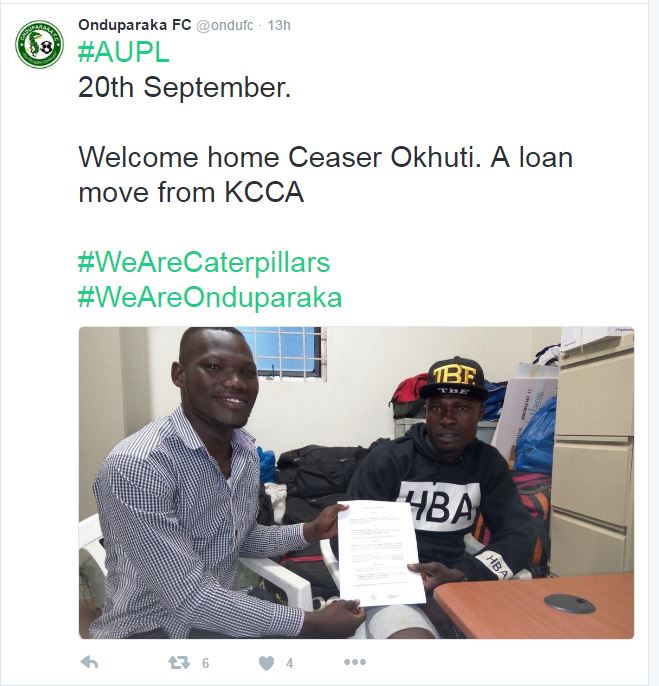 Considered one of the most talented Ugandan players of recent times, the 27-year-old rose to fame during his stint with then West Nile topflight side Ediofe Hill football club before moving to Bunanwaya (current Vipers SC) in 2008 for what was then a record transfer fee in the Super League.

Personal issues and injury niggles kept Caesar unheard of in 2013. Okhuti joined South Sudan’s El Nasir and was supposed to play the whole of 2014 but didn’t. He came back home to help Onduparaka get promotion in the Ugandan Big League.

Okhuti has won 12 caps and 11 goals for Uganda national senior men’s team, and has yet to decide if he wants to continue with the national team.

The striker is already been training with the Caterpillars to regain his fitness and is like to partner lethal youngster Shaban Mohamed upfront  against JMC Hippos in Jinja on Tuesday September 20.