The operations of Crane Bank continue uninterrupted by the proposition of the acquisition of a strategic equity investor, the bank’s board has said.

Responding to reports that Crane Bank shareholders had disposed off their shares through a ‘sale’, Board chairman Joseph Biribonwa assured depositors that over the past seven years the 21-year old bank had mooted several strategies to strengthen its service delivery and financial base including the idea of issuing an Initial Public Offer (IPO).

‘Five years ago, the shareholders and the Board decided to diversify and at the time the proposal that became public prematurely was the Initial Public Offer (IPO) root. That was a thought process as the branches spread and the expansion took root’, a release signed by Biribonwa states in part.

According to Biribonwa, the second phase saw the shareholders pursue the strategic investor option.

Two years ago, still with the drive to strengthen the Bank, the shareholders and the Board decided to get a strategic equity investor preferably with a regional and even better continental network. This strategy is in sync with the inevitable trend of mergers and acquisitions, not just as an important forum of growth for purposes of the East African integration but as a strategic move at a global level too’, the release adds.

Over the years, Crane Bank has improved its investment portfolio, opening 46 branches and also installing over 100 ATM machines across the country. 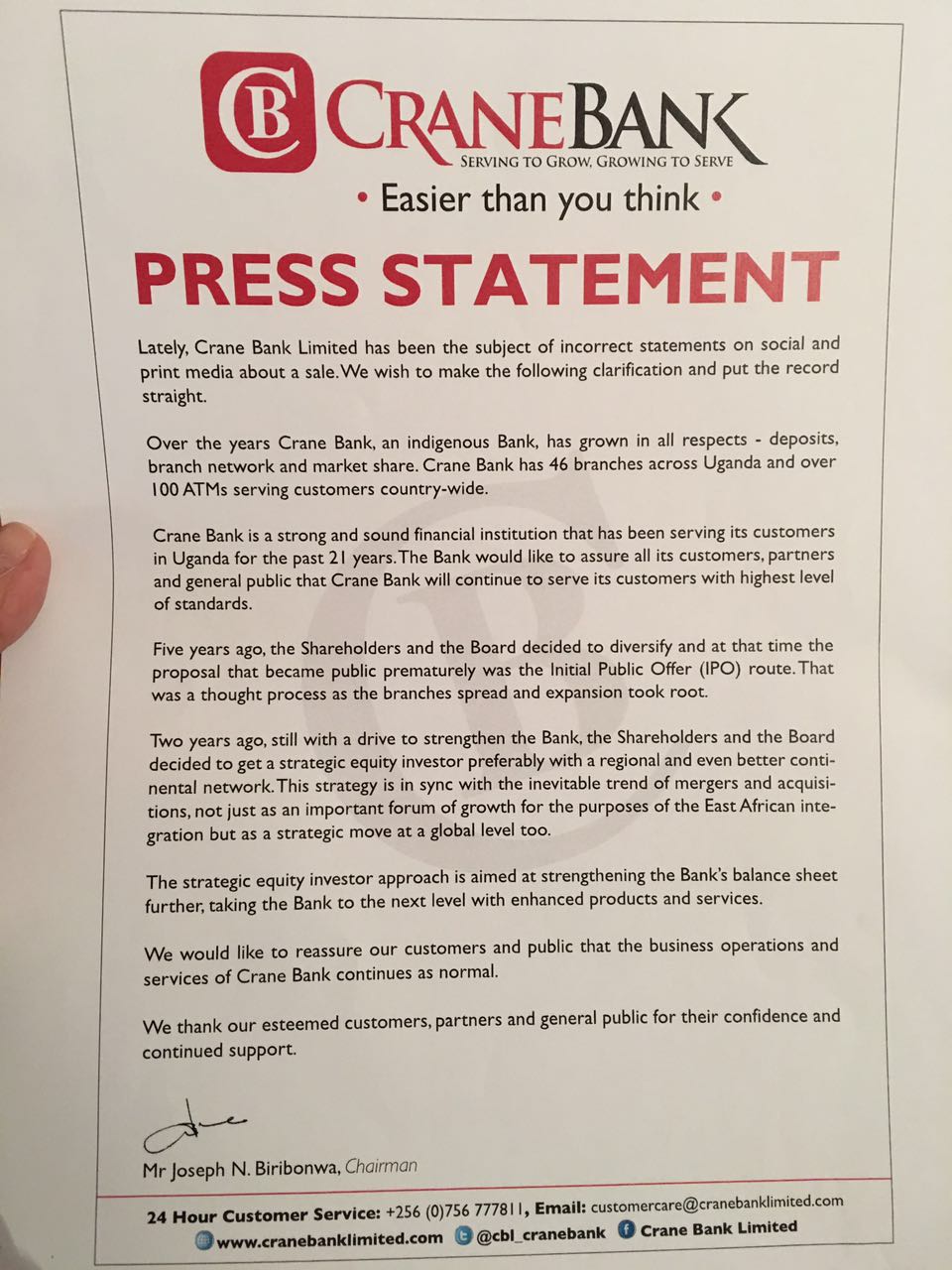