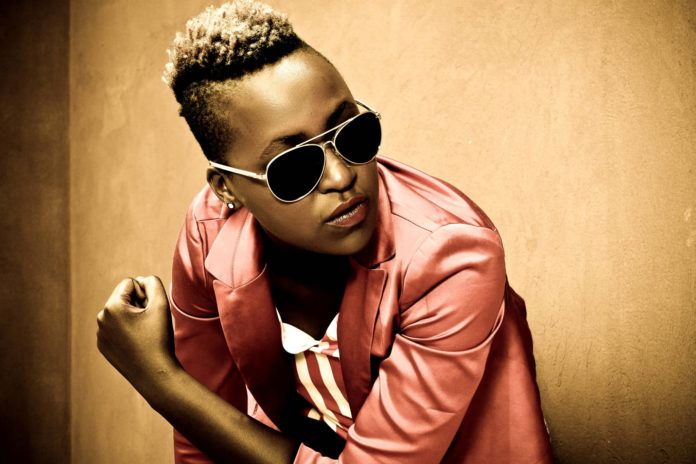 Ugandan rapper, Tracy Joselyn alias Keko shocked the entertainment community in March this year when she announced that she retired from music.
“Yes I am retiring from recording music, I hope my last compositions add to the legacy. Thank you for being supportive and buying the music,” she announced through a tweet, leaving her fans begging her to stay.
Well, if you believed her statement, you were taken for a ride. In fact, the statement appears to have marked the beginning of her career!
She is back with a bang, and unlike before, she is back with international music. We can authoritatively reveal that international music recording label, Sony Music is finally set to release Keko’s maiden album with the label.
Keko was among the first African musicians to be signed by Sony Music. She signed a deal with the international music label in 2012 thanks to her hit, ‘This Is How We Do’, a song she recorded Radio & Weasel.
However, she had not outted any song under the label not until this week.She has not only outted a song but a whole album!
“Pre-order Keko’s new album ‘Strides’ featuring new single “Move Your Body”……” Sony Music announced.
‘Move Your Body’ is Keko’s first song under Sony and she couldn’t hide her excitement. “The wait is over,” she tweeted on Wednesday.
Sony Music is an American label and company owned by Sony through Sony Entertainment. The company was first founded in 1929 as American Record Corporation and renamed Columbia Recording Corporation in 1938, following its acquisition by the Columbia Broadcasting System.
Among the musicians signed to Sony Music include Beyonce Knowles, Bruno Mars, Back street Boys, Bow Wow, Chritina Anguelira, Michael Jackson among others. Keko is the only Ugandan musician signed to the label. The label also signed two Nigerian artists, Davido and Wizkid a few weeks back.