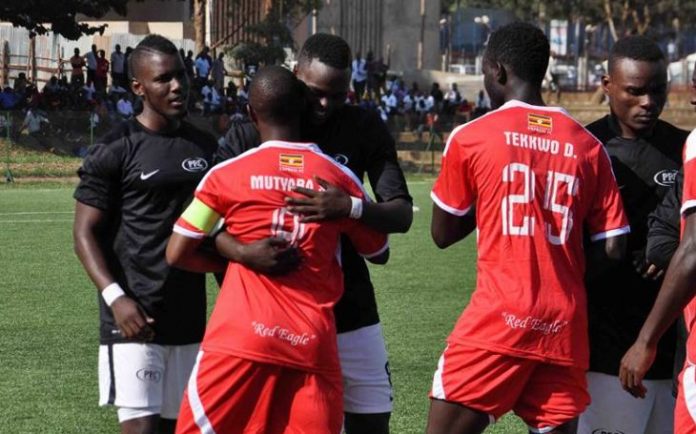 A lone first half goal from Derrick Tekkwo was enough for six-time champions Express to earn a deserved victory over Vipers at Nakivubo stadium.

The midfielder, on loan from URA was in the right place at a right time to slot home past Ismail Watenga after good work from Ibrahim Saddam Juma who was facing his former bosses.

There was no doubt about who the better side was right from the start as the Red Eagles should have won by a bigger margin.

Alex Gitta’s side who came into the game on the back of a frustrating 1-0 loss to Bul should have scored as early as 16 minutes but Herman Wasswa’s effort hit the woodwork.

They were also denied what appeared like a clear penalty when Saddam was brought down in the area before Mukasa Musa was also fouled in the area only for the referee to give a free kick outside the area.

But they kept on asking question and in the 37th minute, gotten a deserved match winner from Tekkwo who from close range, got at the end of a neat Saddam pass inside the 16 yard area.

Not even changes by Vipers’ Abdallah Mubiru who took off injured defender Halid Lwaliwa for midfielder Brian Nkuubi and striker Musa Esenu for midfielder Ibrahim Kayiwa could change the score line.

Maximum points lift the Red eagles to 3rd on the log with 11 points.