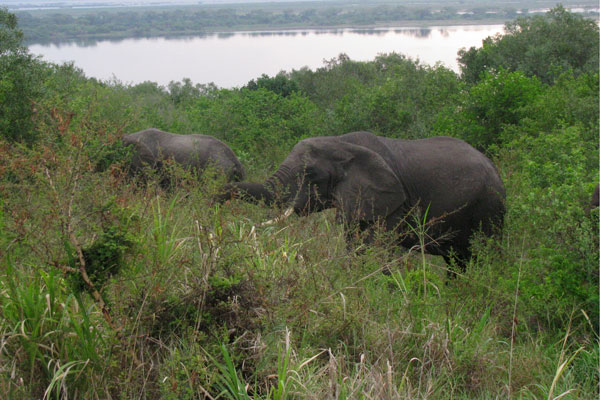 The UN body that oversees trade in endangered species, says it will oppose efforts to increase global protection for elephants.

The Convention on International Trade in Endangered Species says that tougher rules could backfire and boost the trade in ivory.

At the moment there is a global ban in trade in elephant ivory.

The hunted elephants’ body parts, apart from their tusks, are allowed to be used as trophies.

But a coalition of 29 other African countries is pressing for a tightening of the regulations proposing that all elephants parts from all countries are banned.

The Wildlife Conservation Society (WCS), in conjunction with Uganda Wildlife Authority (UWA) in 2015 conducted an aerial survey of elephants in Uganda’s national parks. The result of the survey projected that elephant numbers are increasing, and stood at 5,000.

In 2012, Uganda was labelled by CITES (Convention on International Trade in Endangered Species) as one of the eight countries of primary concern in the ivory trade because of the volume of illegal ivory that had passed through the country.

Law enforcers also need to do robust work. For example, the Uganda Wildlife Act Section 30, prohibits the utilisation of wildlife without a wildlife use right. It further states that “No person may engage in any of the activities under Section 29 or any other activities of the nature which involve the utilisation of wildlife and wildlife products without first obtaining a grant of a wildlife use right.”

Some countries are rich because they use our raw materials and worse still, they have the money and with the biting poverty in Africa, we are pushed to trade in illegal wildlife, not knowing that we are depleting our natural resources.

In African forests, mostly in DR Congo, which has its forest belt extending to Uganda’s border in the west, elephants declined by 62 per cent in less than a decade. This drastic decline was due to a lethal cocktail of illegal hunting, habitat loss and civil strife that have impeded our region.