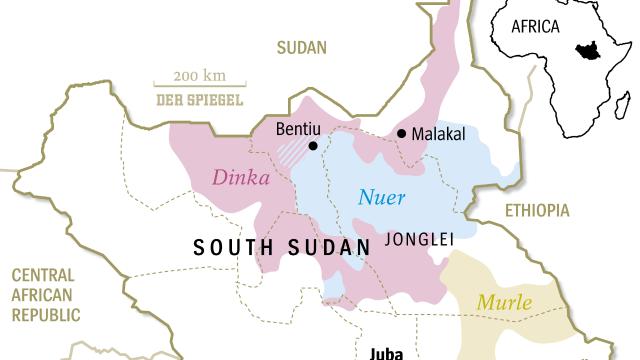 Veteran South Sudanese journalist Isaac Vuni has been found dead alongside a road, some three months after he was abducted from his home by unknown gunmen, the privately owned Radio Tamazuj reports on its news site.

It quotes his wife, Lucy Jua, as saying: “On Thursday we were informed that he was killed, but there is no information. Two youth or three found him dead, so they buried him.

“We don’t even know where he was buried. No information up to now.”

Lucy Jua said that her husband Isaac Vuni was kidnapped in June but she did not learn about the death of her husband until last week. She believes he was killed shortly after his abduction last June.

One of the sons of the late Vuni informed his wife of his death last Thursday. “We don’t know whether it was the government or who because everybody is quiet, there is no information, his son came and informed us that he was killed shortly after being kidnapped in June,” she said.

“We did not know, but we received information that a group of six men in uniform came, they had guns, so they took him together with his cousin brother, so this is the information we got, it is unclear whether they are government or SPLA-IO, he was taken from home at Kerepi area, he was found dumped in somebody’s farm there,” she explained.

“On Thursday we were informed that he was killed, but there is no information, two youth or three found him dead, so they buried him; we don’t even know where he was buried, no information up to now,” she added.

Isaac Vuni had been a contributor to Sudan Tribune online daily but he had stopped several years ago, according to his wife. Lucy Jua said that he had had some kind of land dispute but she did not know whether this was connected to his death in any way.