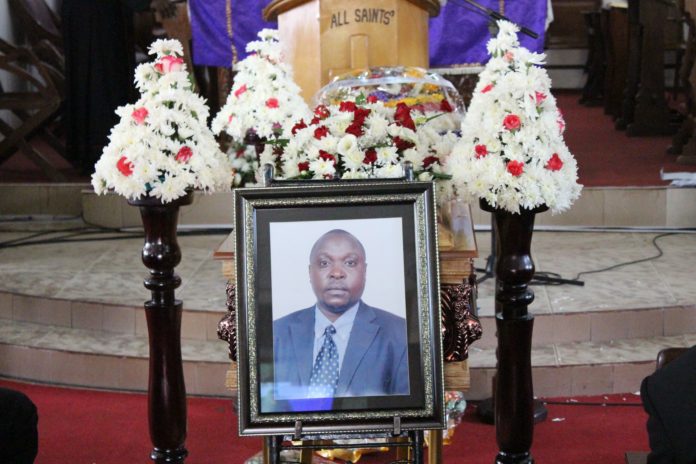 The Chief Justice, Bart Katureebe has praised the deceased Makindye Chief Magistrate’s Court, Richard Mafabi as a great judicial officer who made a great contribution in furthering justice.

Speaking at a funeral service at All Saint Cathedral at Nakasero this morning, Justice Katureebe said nobody should fear death because once one is born, he/she makes an appointment with death and therefore, the question should be what kind of legacy one leaves behind. 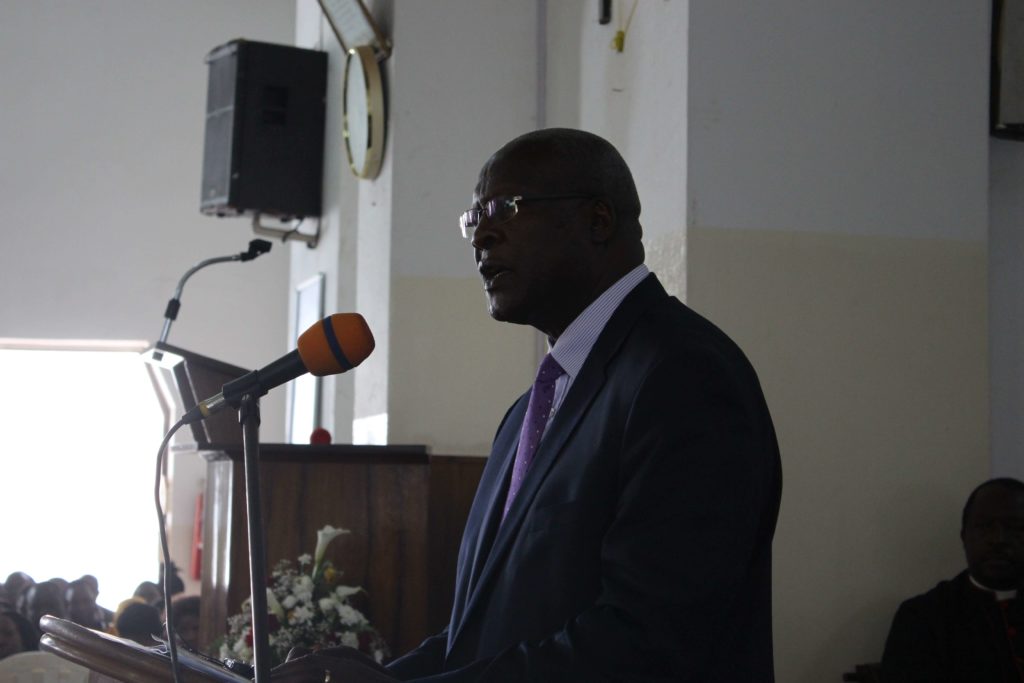 “On Friday, I happen to have been at Royal suits in Bugolobi addressing senior Magistrates and at that very conference, I made reference to the ugly Makindye court saga and I even asked for him to standup for recognition because  of his firm stand. And guess what happens on Sunday only getting a Whatsup message that his is dead.” He said

Adding  “And what came to my mind first was that this could have been an accident which turned out not be but even now I can’t believe that he is gone but that is life” Katureebe elegized. 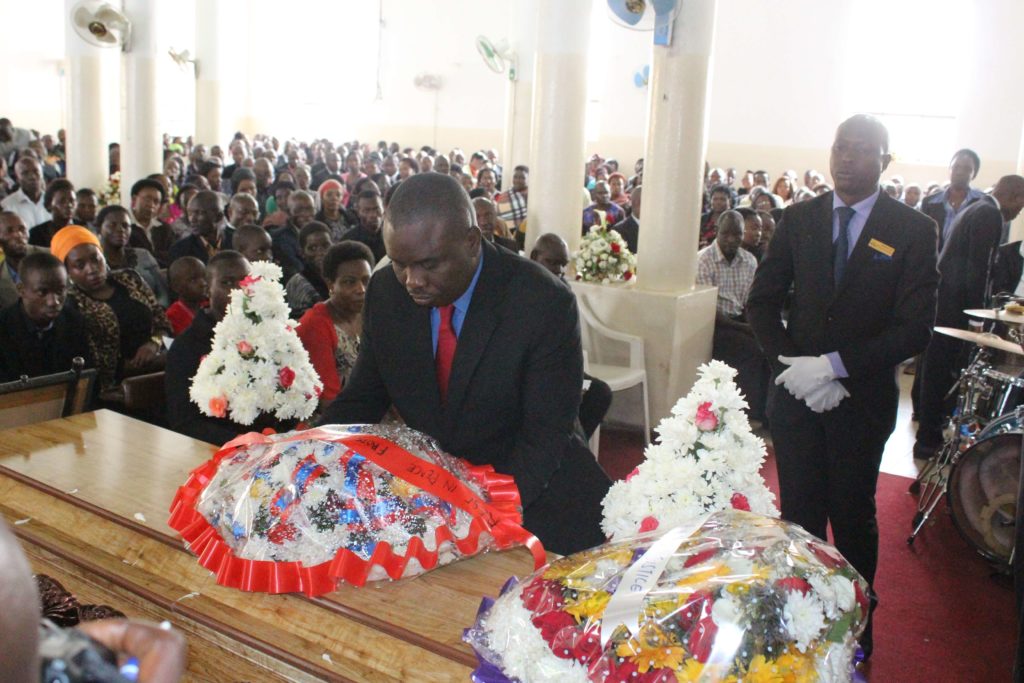 Katureebe told the service that although Mafabi was no more, he played his part as he made his contribution and will be remembered for. Katureebe emphasized that Mafabi did what he can using the available means to defend the Constitution.

In reference to the events in Makindye where goons in support of Inspector General of Police Gen. Kale Kayihura surrounded court threatening those that had petitioned court about police brutality. Katureebe said “it is upon us as citizens to enforce rule of law and for us as leaders we must primarily obey the law” 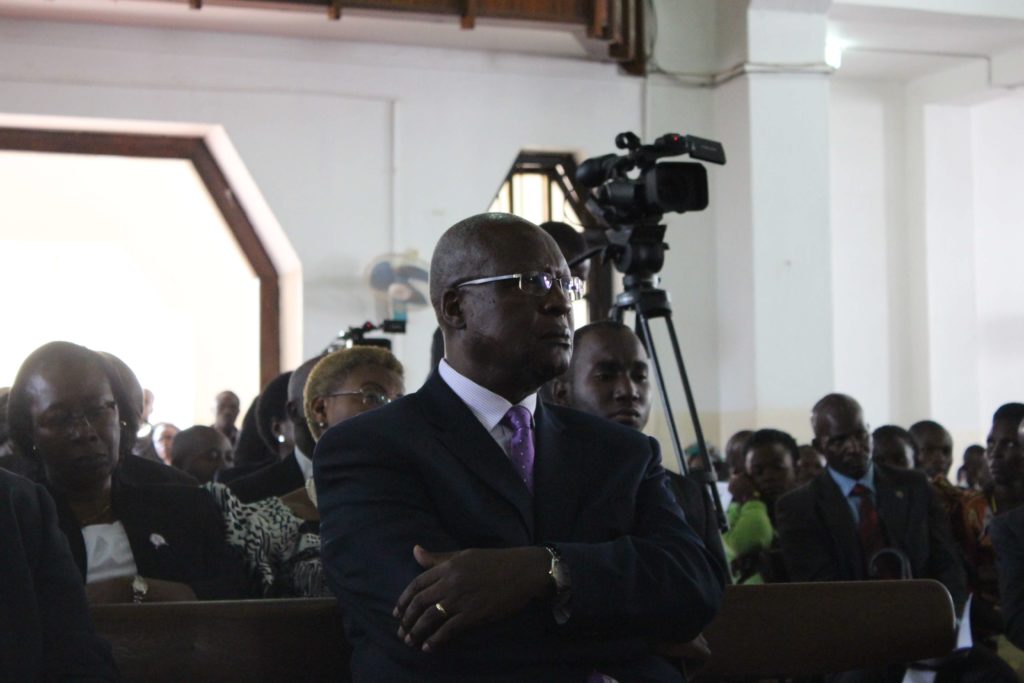 Mafabi issued criminal summons to Kayihura to appear in court in relation to police beating of Kizza Besigye supporters and bystanders.

Kampala Capital City Authority (KCCA) Lord Mayor, Erias Lukwago narrated how events unfolded at Makindye praising Mafabi for being a true patriot and never letting down the rule of law. 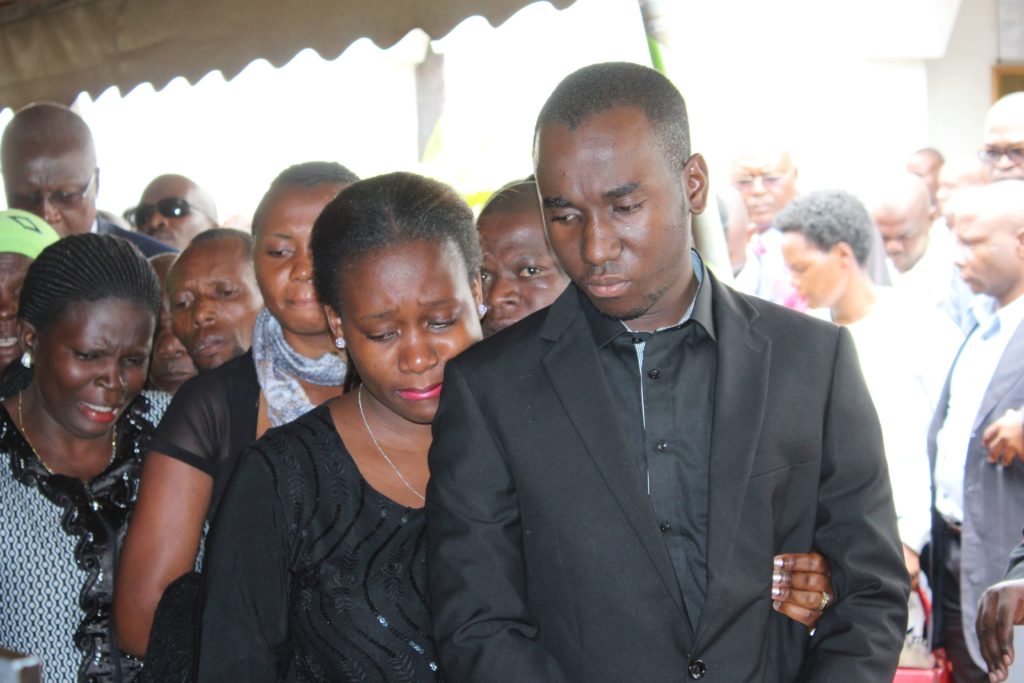 Mafabi died on Sunday evening at Mukwaya memorial hospital Nsambya where he had been rushed. The cause of his death is yet to be disclosed as a postmortem report is yet to be made public. He will be laid to rest in Buteza Sub-County in Sironko district on Friday.