President Museveni has congratulated the people of Sudan upon conclusion of a historic national dialogue that places the country on a new political path.

The President made the remarks yesterday at the National Friendship Hall in Khartoum, where he was among the four heads of state invited to witness the conclusion of the dialogue and signing of a historic pact.

The other heads of state present were Idriss Deby of Chad, Egypt’s Fatah Al-Sisi and Mohammed Abdul-Aziz of Mauritania.

“I came here to salute Bashir and the people of Sudan for after 60 years of trouble, sitting down in a national dialogue and finding out what the problem is,” said President Museveni. 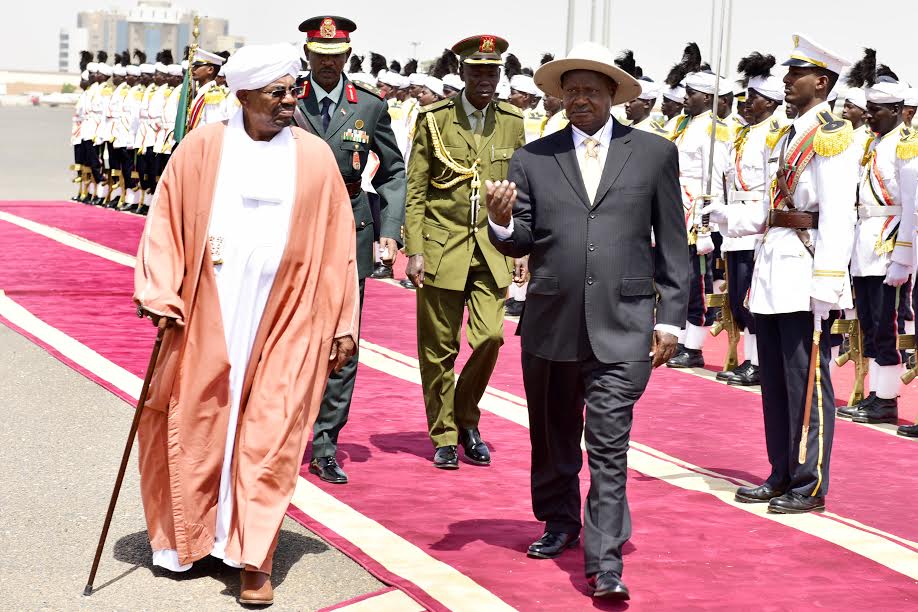 Adding “You have come to good consensus and I congratulate you on that achievement. It’s good for the political class in Sudan,” he added.

Museveni said the African political class had been responsible for the continent’s many problems by lacking humility and putting identity at the forefront.

“Ask yourself the next question; how will you achieve prosperity? Will identity give you prosperity? Will it take your children to school, build a better house, defeat poverty? Stressing “Identity is important but it’s not everything. You must also talk about prosperity.”

Museveni also revealed that the frosty relationship between Kampala and Khartoum was no more.

“I had not come to Sudan for a long time because we had misunderstandings. You know the story,” he said.

“But I linked up with some people who linked me to Field Marshal Bashir and we spoke. I came here a few months back and I am back.” 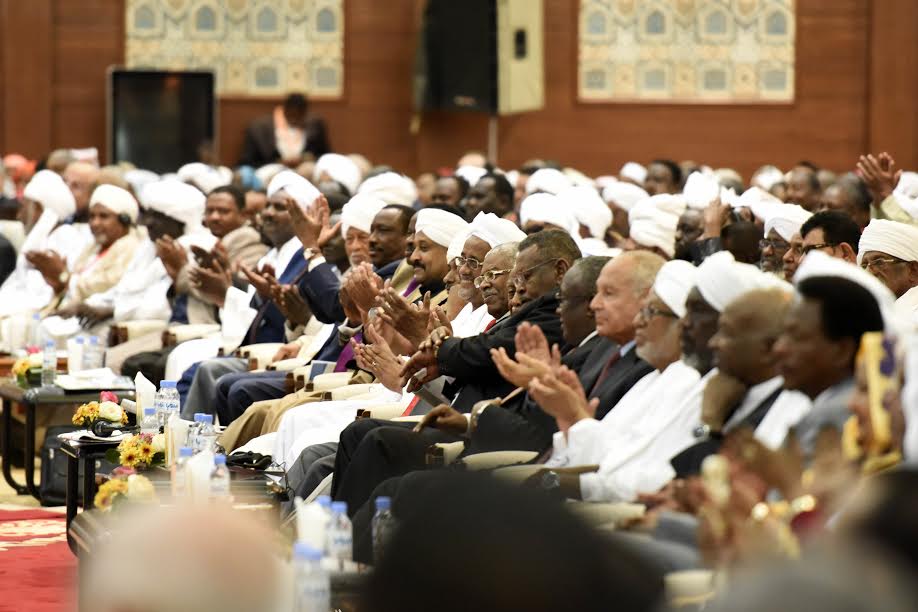 “Uganda is losing opportunities by wars in the Sudan. You have heard us being called land-locked. We’re not land-locked,” he said.

“We have a highway called the Nile that leads us to the Mediterranean but it can’t be used because of problems in the Sudan. Uganda will do everything possible to support Sudan in peace-making.”

The national dialogue was held under motto “Sudan for All”.

Yesterday’s colourful meeting, punctuated with music and dance, was the climax of over a year-long activity sponsored by the African Union and the US government.

The dialogue brings together over 90 political parties and armed groups which signed the agreement yesterday.

It’s key tenets are respect of human rights, political accountability and transparency, unity even with ethnic diversity and empowering women.

Others are equal distribution of national income, free role of civil society, conserve the environment, create employment, well-balanced foreign policy, elections based on presidential system, among others.

On his part, President Bashir said the initiative will cause political stability based on good governance and democratic process. 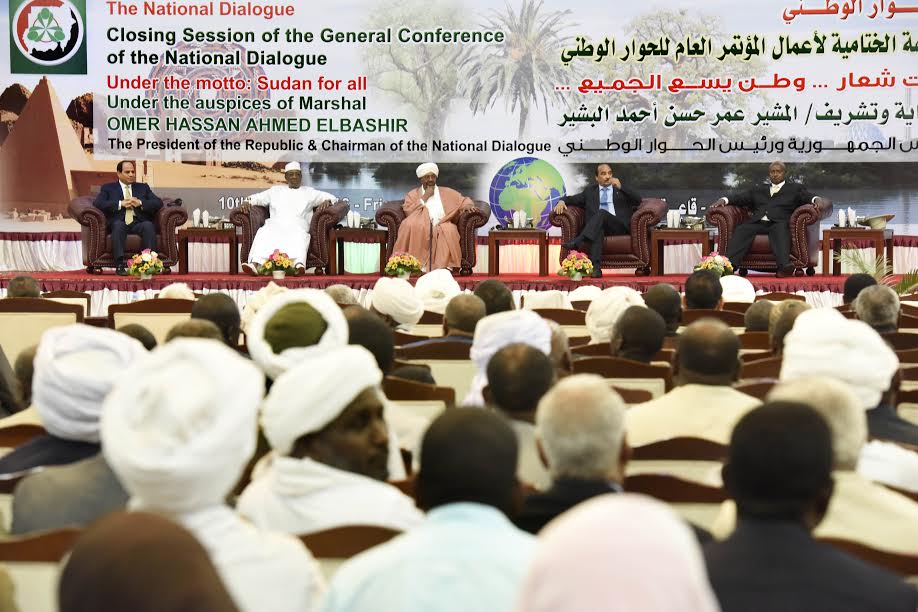 “There’s no chance after this for violence to characterize our politics. This national document is for all Sudanese people, built on consensus and is open to other groups yet to sign to do so when they can,” he said.

Presidents Al-Sisi, Deby and Mohammed all congratulated Sudan on the historic move, each promising their countries’ support for the process.

Other delegates who addressed the dialogue were from China, Russia, Ethiopia and the Arab League.