The Bank of Uganda has taken over the management of Crane Bank with immediate effect.

The development follows about a month of back and forth communications regarding its financial stability.

But the final verdict is contained in a communication signed by BOU Governor Prof Emmanuel Tumusiime Mutebile, suspending and instructing the Acting Managing Director to hand over office to the BOU Statutory Manager Edward Katimbo Mugwanya.

‘This is to inform you that the Bank of Uganda has, with effect from today, 20th October 2016, pursuant to Sections 87(3), 88(1a) and (b) of the Financial Institutions Act 2004, taken over management of Crane Bank Ltd,’ Prof Mutebile wrote.

BoU has also suspended the Board of Directors.

Last week reports on social media platforms urged depositors to withdraw their money from Crane Bank, with those posting the messages claiming they were tipped by an insider in Bank of Uganda.

However, the Central Bank distanced itself from the claim, saying the ‘harmful’ messages where not issued by the financial institutions’ regulator. At the time Crane Bank also dismissed the statements as harmful propaganda that was intended to misguide and cause panic among its customers.
“Our customer’s deposits are safe and there should be cause to worry. We are well capitalized and there is no reason why we should wait. We have served Uganda for 21 years why now,” the source said, customers to wait for an official communication.

Founded in 1995, Crane Bank, now in its 21st year of operations, had grown to become one of Uganda’s largest locally-owned commercial banks; the 4th largest in terms of assets and 5th in terms of deposits. 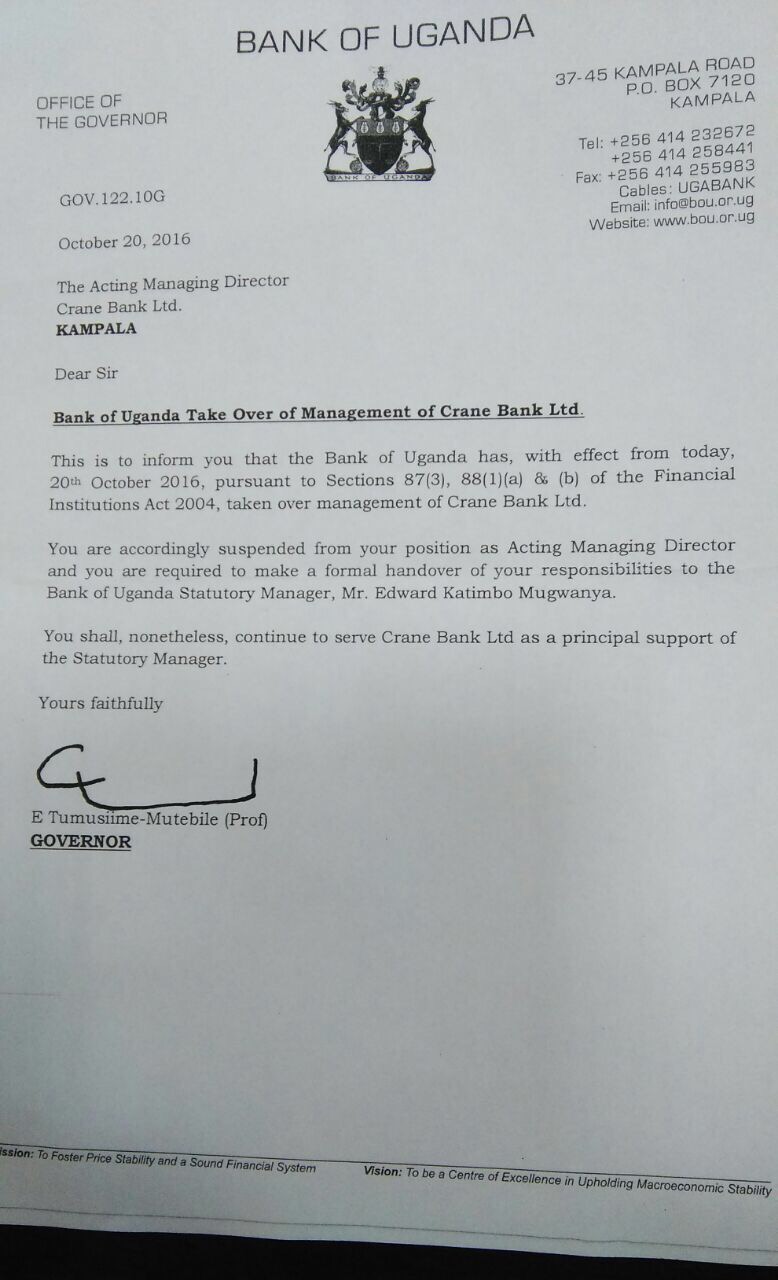