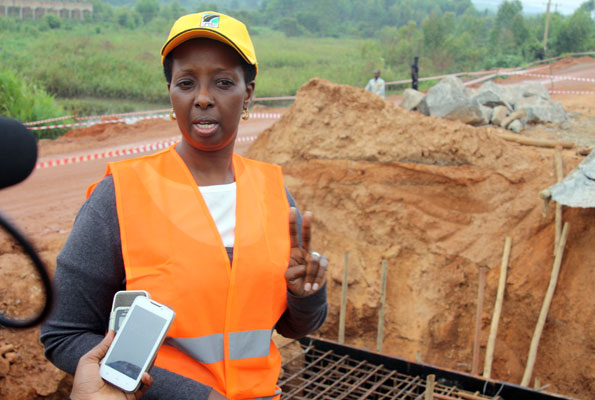 Allen Kagina, the Executive Director of Uganda National Road Authority has been praised as a moralist and a true patriot. Yes, she could be a combination of the two but that doesn’t make her above the law.

Recent discoveries indicate that the ‘super lady’ last year paid a Chinese road construction company money (Shs21.9 billion) and yet the company had no formal agreement and engagement with UNRA.

Whereas we appreciate her record at Uganda Revenue Authority (URA) where Ms Kagina was Commissioner General and presided over the collection of taxes, UNRA isn’t about collection of tax but something else and so, why would Members of Parliament just accept an apology from her well knowing that recovering the said money can be a nightmare.

Parliamentary Committee on Commissions on Statutory Authority and State Enterprises (COSASE) found out that UNRA paid China Railway No.3 Uganda for the construction of Nansana- Busunju Road yet the real company doing the job is China Railway No.3 China with which they signed a contract.

“I (previously) told the committee that it was China Railway No.3 Uganda doing the construction and the one we are paying which was wrong; I needed to come back and make that clarification and apologize to the committee,” Kagina is quoted telling MPs.

However, these very MPs are aware that the previous lot of UNRA top executives lost their jobs and are under investigations for the same crimes (paying nonexistent) firms. Why accept an apology? Is Kagina any different from Eng. Sebugga Kimeze? The MPs, especially the committee chairperson Abdu Katuntu should not leave Kagina and her cohorts escape.

The case of Eutaw payments where UNRA paid to a ghost company is still fresh in our minds and it is a replica of what Kagina did in paying another nonexistent company.

President Yoweri Museveni could have based on her record at URA to post her to UNRA expecting that should would deliver and no doubt one would be ungrateful not to appreciate her service at URA. For UNRA she needs to employ an all inclusive approach for her to deliver but the moment you sideline engineers and others in preference of those that believe in you and religion, then we forget quality but go with quantity.

So, basing on her admission that she made an error, Kagina should be honest and step down because she is dealing with public funds that aren’t hers.