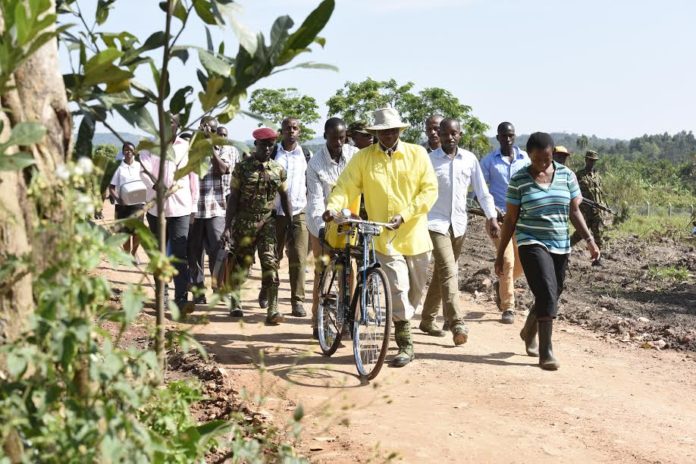 Having fought a successful five year war in Luwero district that brought him to power in 1986, President Yoweri Museveni has returned to the same area to launch another war on poverty.

However, whether this fight will succeed is yet another story to tell.

Museveni started his day earlier today at 9 am with a trip to his pond to fetch water for drip irrigation at his new farm in Kawumu, Luwero district, emphasizing households can avert drought and hunger if they looked after their gardens better and also engaged in cost effective enterprise selection.

Museveni dressed in a yellow shirt, khaki trousers and army green boots walked for about a kilometer to a pond at the new farm to draw the water before walking uphill again to his new one acre banana garden where he planted and used plastic water bottles to drip irrigate the new plants.

The garden has 400 banana suckers that are drought and disease resistant. He later did the same for his coffee garden of 400 seedlings, planting and watering them before urging the technical staff to sensitize Ugandans on the process and importance of irrigation and mulching for better yields. 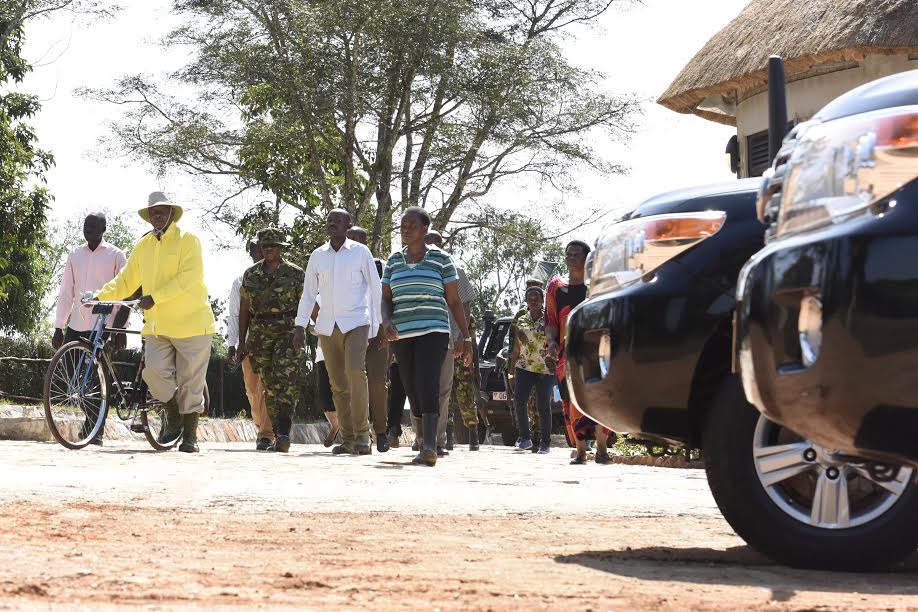 “You should develop a user friendly manual that households can use to water, mulch and look after their crops better. This will help mitigate the harsh climate,” he said.

Museveni said his tour was aimed at sensitizing the local communities on best practices to fight poverty. He also wanted to assess the impact of beneficiaries of seedlings under Operation Wealth Creation (OWC) campaigns, the needs to the various communities and their challenges in order to find long-term solutions.

The President who is in Luwero on a campaign to eradicate household poverty in the rural areas is also doing door-to-door spot visits, talking to the communities about fighting poverty, challenges and what can be done to solve the issues. After the hands on exercise at his farm, Museveni made an impromptu visit to various homes in Namayamba, Makulubita in Luwero district about 25 kilometers away. He visited the homes of Mzee John Ssalongo Nsubuga, Mzee Abbas Kasolo, Herbert Miiro and Samson Muwonge where he toured coffee plantations and some of the valleys that used to have swamps. 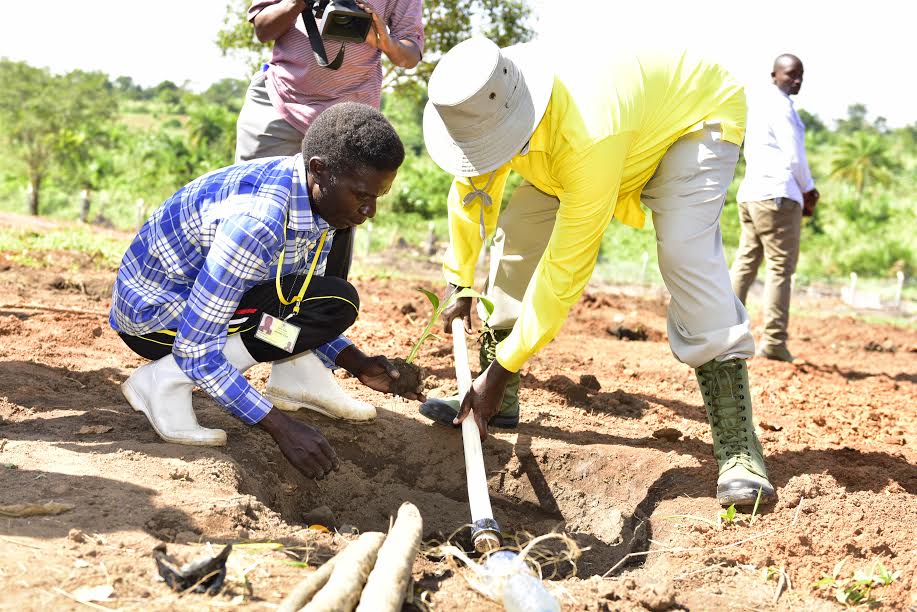 “Our aim is to ensure that every household has land and implements like seedlings for food and cash. After that we shall look at issues like access to water for production, including using solar pumps, community dams and fertilizer’s,” he said.

He also experienced firsthand, the effects of the long drought. Museveni however noted that the swamps in the valleys that used to supply water to the community had dried up due to encroachment. He urged local leaders to sensitize the communities on the dangers of cultivating in swamps. He said government will invest in water dams that can provide water for production during dry spells.

He is accompanied by Ministers for Luwero Triangle Dennis Galabuzi Ssozi, Without Portfolio HajJi Abdul Nadduli and technical staff from Ministry of Agriculture and State House.